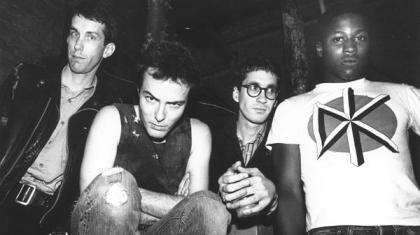 I didn’t quite believe my eyes either when I picked up that Dead Kennedys had twice managed to get into UK singles charts, with the second occasion likely getting their name mentioned on the television during a Top of the Pops rundown, albeit I doubt the name of the song was read out!

First up, Kill The Poor enjoyed a three-week run debuting at #52 at the beginning of November 1980, climbing to #49 before falling to #62 and then dropping out of the Top 75.

Six months later, in May 1981, the follow-up single was released:-

Too Drunk To Fuck entered the charts at #65, eventually climbing to #36 during a six-week stay. Not too shabby for a song that was banned from all radio play and likewise by a number of stores that sold records. It was seemingly the first song with the word fuck in its title to reach the Top 40 in the UK.

4 thoughts on “TWICE THEY CRACKED THE SINGLES CHARTS”