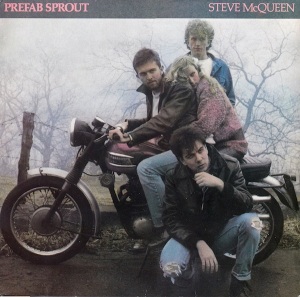 There are very few music fans of my generation who won’t admit to having a soft spot for Steve McQueen, the majestic LP released by Prefab Sprout back in 1985. It was eleven tracks of near perfection, thanks in part to the quality of the songs but there were also many sublime touches brought to the party by producer Thomas Dolby.

There were a load of raised eyebrows when, more than 20 years later, it was announced that the LP would not only undergo a remastering exercise at the hand of its original producer but that Paddy McAloon was going to enter into a studio and record new acoustic versions of what were regarded as the eight strongest, most-enduring and popular tracks for inclusion as a bonus CD. I’m sure I wasn’t alone in thinking it was no more than a cynical and cheap way of making fans part with their cash for the LP for a third time, having bought the vinyl in the 80s, the CD in the 90s and now this new version in the 00s. After all how do you improve upon near perfection?

And yet, as the notes in the accompanying booklet points out, “The 80s production masterpiece minus the production is still a masterpiece.”

Paddy McAloon is famed for being a perfectionist but there is no way I would have expected that the time taken to record the eight acoustic versions would be in excess of that taken to originally record the LP. Those close to the process think it took three times as long. It’s therefore clear that this wasn’t a job where he went in and came back out in one take – there was clearly an attempt a number of different arrangements, musically and vocally, before determining which approach worked best on each song. Some are just voice and guitar, others have keyboards and others have backing and multi-tracked vocals.

Paddy was 27 years of age when he first recorded the songs – by the time he went back into the studio for the acoustic versions he was in his very late 40s and his voice was deeper and richer. This alone would naturally change the way the songs would now sound. But he was also able to bring those many more years of experience, knowledge and songcraft to the recording process and so what he ends up giving us is something truly special and more than capable of being held up as a brand new LP rather than just re-recordings in an acoustic fashion.

There is no finer example of what I am trying to get at than with the hit single from the LP:-

But of all the re-recordings, this is the one that stands out most:-

The original was chock-full of poignant keyboards and wonderfully fragile harmonies and an acceptable and very understated use of saxophone. This new version opens with some tremendous Roddy Frame-esque acoustic guitar work and leads to a surprisingly strong almost angry sounding and passionate vocal. It is a totally different song than that from 1985…and whisper it…..it’s even better.

Enjoy….and feel free to differ from the above opinions.