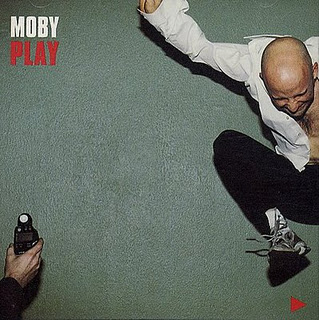 It’s going through the record/CD collection that really makes me stop to think and realise just how quickly time is passing.

It was as long ago as May 1999 that Play, the fifth studio LP from Moby was released. I had it down in my head as maybe a decade or so ago, certainly not the last century.

What I do distinctly remember is buying it on the back of hearing most of it played in a record store during an afternoon’s browsing. In my lifetime, I’ve probably done such a thing maybe four or five times, and on every occasion bar one, when I took it home and shoved it onto my own system, the songs didn’t sound anything like half as good.

Play was and remains the exception and it quickly became a firm favourite on heavy rotation in Villain Towers. The mix of electronic dance, rock, pop, ambiance, folk and gospel just struck the right note with me at that particular point in time – it was the sort of record that could play away in the background and on every listen, my ears would pick up something that was fresh.

Within a few months, I began to notice snippets of the album getting used in a lot of TV adverts and then one of the tracks started getting very heavy rotation on MTV/MTV2 thanks to a hauntingly memorable video featuring Christina Ricci.

Next thing you know, Moby and his bloody record were everywhere you turned and it wasn’t difficult to feel bored about it all. Maybe it was a bit of the music snob in me that something I felt I had partly discovered was now very mainstream but in truth, it was simply overexposure at the time.

A few years back I picked up the CD again for the first time ages while I was seeking inspiration for postings on the old blog and was delighted to re-discovered everything about it that makes it a genuine classic, fully deserving all the plaudits that have been thrown at it.

It’s not one that is still on heavy rotation but I usually at some point during a beach holiday turn to it for something well-known and comforting to get me through either a hangover or an hour when the sun is at its hottest and you want and need no surprises or challenging listening through the headphones.

One other thing worth mentioning is that a fair chunk of the profits made from this album allowed Mute Records to retain a few less commercial and poorly selling artists on the label for a while longer.