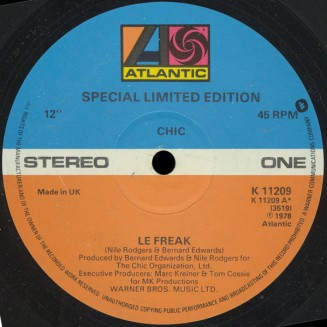 Sometimes it’s best not to type up too many words and instead, just let the music do its thing.  Especially on a Friday on the last day of the month.

Seven million sales worldwide in 1979.  It’s as great a single as any post-punk/new wave effort from the same year. 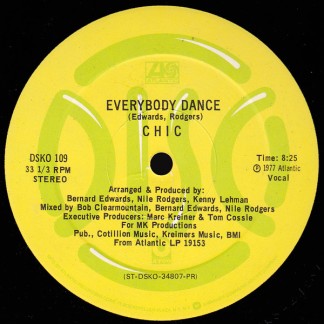 There are days when I just want to wake up to something upbeat and glorious…..something which makes me think of sunshine and summertime and not the bleak midwinter that I’m looking out onto when I pull back the curtain, wondering whether I’m going to get down the hill to the railway station with falling over and possibly breaking my ankle, all the while wondering how late and overcrowded the train will be.

I played this on such a day last week and felt a whole lot better:-

Takes me back to Sunday nights in a draughty church hall. I might have been happier in the bedroom that I shared with my brothers listening to my new wave 45s, but you had to get yourself down and on the floor of St Joe’s if you wanted the girls to take notice of you.

I didn’t know until gathering some background info that the tune had supposedly been borrowed somewhat by a Welsh beat combo on a single released in 2010:-

Hmmm…there is a bit at the start where it can’t be denied, but it’s not a blatant rip-off is it?

A reminder of when I use to review books on the blog….I might resurrect that feature at some point as I’ve hundreds of auto/biographies sitting around Villain Towers. From 3 February 2012.

IN PRAISE OF BOOKS : LE FREAK : AN UPSIDE DOWN STORY OF FAMILY, DISCO AND DESTINY by NILE RODGERS 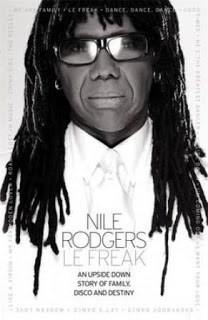 I asked Santa to bring me this as it had received quite a number of excellent reviews towards the end of 2011. I’m pleased I did.

Nile Rodgers is best known as one of the founding fathers of disco thanks in part to the songs he wrote and recorded with Chic and the songs he wrote and recorded with others acts such as Sister Sledge and Diana Ross. What I hadn’t realised until picking up this immensely satisfying 300 pages was his contribution to the careers of so many others including David Bowie, Madonna and Duran Duran.

OK. His musical career is not that which your average indie-kid will confess an undying love for. And to be honest, outwith the Chic songs I don’t have much else in either the vinyl or CD collections. And if this had been a book in which all Nile did was talk about music and musicians I don’t think I’d have been impressed.

What makes this such a cracking read is the life he has lived…..particularly his childhood and formative years. For once it is easier to just crib from the dustjacket.

Born into a mixed-race family of dopefiend bohemians, he learned – at a very early age – everything he needed to know about love, loss, fashion, art, music and the subversive power of underground culture. The stars of the scene were his glamorous teenage mum and heroin-addicted Jewish stepfather…..

His upbringing is a genuinely astonishing tale as he went from east coast to west coast and back again (more than once) living sometimes with mom, his grandparents, with hippies and members of the Black Panther organisation. The first third of the book is genuinely unputdownable.

The middle part is a bit less interesting – just a wee bit too ‘rags to riches to excess’ for my liking. Loads of sex, loads of drugs and dancing and not too much humility. But to a large extent, given how wild an upbringing Nile Rodgers had experienced, it’s not hard to understand why he went off the rails so easily. To be fair, parts of the middle section of the book are a great read when he’s telling you about his family rather than tales of how great it was to work with the rock and pop gods of the 80s.

The final part of the book deals pretty quickly with the last 15 years. There’s a fair bit of death and tragedy in here with the author acknowledging that but for the grace of god…and there’s things you learn about what he’s now doing with his life and the fortune he has amassed.

I’m fairly sure that the story that Nile has set down is like a 7″ version of his life….and the extended 12″ version would be well worth getting your hands on. For instance, I’m sure he’s got loads more tales from his childhood – it really does seem as if that alone could have been a 500-page volume.

The positive reviews are merited. And you don’t need to be a disco king or dancing queen to get a lot of pleasure from this book. 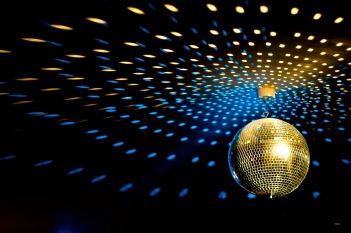 D.I.S.C.O. does not suck…..as publicly said by Edwyn & co in the notes that accompanied the vinyl release of the LP Ostrich Churchyard back in 1992:-

Written in the aftermath of an early Nu-Sonics concert (17th January 1978) supporting British reggae outfit Steel Pulse and much to our chagrin, an embryonic Simple Minds at the Satellite City disco in the clouds (above the Apollo). For a long time this was referred to as the ‘Disco Song’ in part homage to Chic’s ‘Dance Dance Dance – Yowsah! Yowsah! Yowsah!’

During this period I would frequently open Orange Juice sets alone with my Gretch ‘Black-hawk’ guitar for company and very nervously perform Intuition Told Me part 1 before being joined by the group for the now more obscure part 2. I suppose now is as good a time as any to reveal that “Did I mention in the first verse….” was a direct lift from ‘Yes Sir I Can Boogie’ a female duo from Spain.

Ergo…..it is acceptable to equally like jingly-jangly Caledonia pop and the sort of music that led to packed floors directly under mirrorballs. 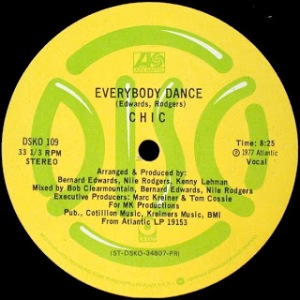 (Well, some of it anyway)

It don’t mean a thing if it ain’t got that swing.

That was of course originally posted a few years before the Nile Rodgers revival….back then it would have been a post largely ignored.  I’m fully expecting a DMCA notice now and the track to be removed. 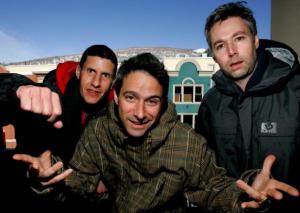 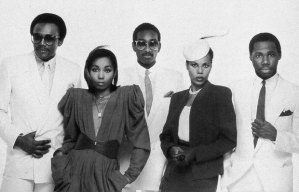 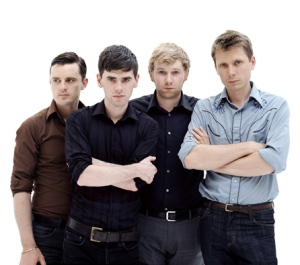 I know….today’s heading is on the cryptic side. But it’s all to do with these three great tunes:-

A few years back, someone out there had the idea of mashing these three up. It’s a style and format that has a lot of critics which is understandable as many of its proponents took liberty with one or more of the tracks, speeding it or them up or down a shade to make things fit. But today’s example does work out well with the minimum of jiggery-pokerey.