A GUEST POSTING by HSP 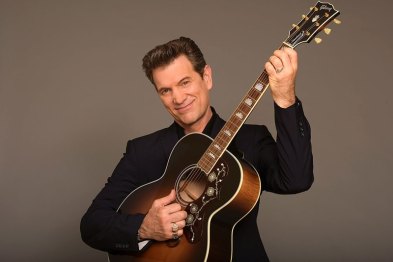 My family just (re)watched Good Will Hunting… You know that line: “I gotta go see about a girl.”? Well, in a nutshell, that’s my story.

When I moved to Santa Cruz, I had a gf I’d left in NYC. The broad sweeps of how that long-distance relationship ended most can imagine. Let’s just say mistakes were made on all sides. During my first Fall in the UCSC Soc program I played for the grad student softball team. During one game, with a team of university staff and recent alumni (all of whom were friends with my teammates), this young woman, Diane, was playing third base.

She cleanly, and smoothly, fielded the first hot shot hit to her, cocked her arm, stepped into it and overthrew first base. She was a friend so everyone on my team affectionately lit into her. Second ball, fielded smoothly, thrown harder, only even further over the guy playing first base. What a cannon for an arm! She could hit, field, throw and was fast on the basepaths. I was also playing Ultimate for the university team and a club team – there’s a TON of Ultimate in Santa Cruz – and Diane was also out on the fields for the women’s team, and some co-ed, too. I was intrigued.

We’d became friends, as much as friends of friends are, when I finished the core seminars and passed the stupid stress-test proving to the faculty that I had learned enough to continue past the Masters degree and seek to earn a PhD.

A week later, I started working as a Teaching Assistant, and then as a Research Assistant for the Dean. In that building was the Environmental Studies Library/Resource Center and the person who ran it? Diane. We started doing the NYTimes crossword puzzle most days and periodically ran into one another riding our bicycles up the path across the three limestone terraces above the Monterey Bay and into the redwoods where campus buildings are nestled.

All this was as things were getting weirder in the long-distance thing. Diane and I started doing more things together and, eventually, the rest became history. BUT… I was a Lyres, Minutemen, Fall, Replacements, Meat Puppets, Mekons and Sonic Youth young man and Diane was a Bob Dylan, Neil Young, Aerosmith, Toots and the Maytals, and Tom Petty young woman. Yet, we were smitten. Common ground quickly emerged – Neil Young helped a lot and, even after becoming too serious and a college radio wanker, I’d always liked Tom Petty. It turned out she was OK with a lot of unconventional music – even if a lot of what I was playing at the radio station made her roll her eyes and shake her head.

TBH, I don’t know if Diane played me Silvertone or Chris Isaak’s self-titled record before she said we should go see him at the Catalyst – the larger-than-a-bar but not-really-a-major-venue stage in town. Have I mentioned that I LOVE good surf-western-spy-monster-drag strip guitar? The bad stuff’s pure shit but, by the early 80s, I’d long loved Rumble and Miserlou and, when the Insect Surfers sent their 1983 EP, Sonar Safari, to my radio station, I was blown away.

So, we go to the show and, as someone said in a YouTube comment – it was like Elvis and Roy Orbison had a baby with Dwayne Eddy as the nanny. The band came out first and – echoing The Ian Hunter Band’s early 80s shows where Mick Ronson would come out and play the theme to FBI – James Wilsey (previously the guitarist for the punk band, The Avengers, fronted by Penelope Houston) and the rhythm section came out and played a really cool surf and punk inspired instrumental.

At that point all the lights went out and a moment or two later, a black light beam lit up Isaak, who was wearing a seriously oversized glow-in-the-dark remarkably over-embroidered suit and main show started. I don’t remember if the show was part of the tour in support of Heart Shaped World or if it was before the release and the tour, but the songs were good, the cover tunes perfectly chosen and a wonderful time was had by all. Isaak was an excellent front man, had a number of “remarkable” suits into which he changed at different times. Oh, yeah, and he can sing, and some songs you bounce around to and others are clearly intended for more intimate shared motions. Like I said, a good night.

We saw him again a year or two later, after Wilsey had been kicked out of the band – creative differences or Wilsey’s drug use, or both, apparently the cause – and the new guitarist, and Isaak taking over some of the leads, just wasn’t the same. It was a fun evening but nowhere near as good.

I haven’t include Wicked Game here, if you haven’t heard it – yes, even though it was thirty years ago – I’m surprised… it’s been used by David Lynch in films, covered a hundred times and recently used in a Game of Thrones trailer. Also, the use of supermodel Helena Christensen in the video has always struck me as a brilliant but cheap trick. The set, here, starts with Isaak’s cover of Neil Diamond’s 1966 hit, Solitary Man, off of 1993’s San Francisco Days. To my mind, it’s far superior to the original. It’s followed by 1989’s Nothing’s Changed off of Heart Shaped World. These tunes distill the essence of his mastery of the tragic ballad while Blue Hotel illustrates how those ballads often transition into rock when played live.

Kings of the Highway, either because of the solo in the middle or the whammy bar at the end or… I don’t know, is probably my favorite song of his. Maybe it’s related to the first show. Tears is from Silvertone and the first time you get that oh-so-controlled falsetto, though it’s not the focus. I waffle when it comes to Somebody’s Crying. It’s got a fabulous strolling pace, it’s a love song that’s a lost love song but it’s joyously tragic. I mean, really, how the heck are you supposed to feel listening to this? There’s a 2006 live version worth checking out… true to and better than the studio version.

Wrong to Love You is an evening-into-nighttime love song… if you haven’t by this time in the ICA, it becomes clear that there are limits to the range of material Isaak performs. He has a clear style and doesn’t stray far from it. In his case, I think it limited the duration of his success while generating absolutely committed fans. As a master of his style, though, one of the things I like about him is that when he reworks a song to make it his own it just about always works. Witness Heart Full of Soul, which drops the psychedelia for West Texas in 1958… it’s tweaked just enough to be perfect for him.

There are a lot of folks who label what Isaak does rockabilly or roots rock but I think the way to understand it is coming out of the early rock tradition that drew a bit more from country and western and folk than from the blues. Rock is as polyglot a tradition as there is and you can really hear the Country & Western – you know, as they old joke goes, BOTH kinds of music – in Gone Ridin’ the song that first gained Isaak attention from David Lynch and probably set his career seriously in motion.

I decided to end the ICA with a song from one of James Wilsey’s solo records – San Bernardino, from 2008’s El Dorado – given how pivotal his playing he was to making Isaak’s career and, to my mind, how much the music’s not met the standard of the first three records since the two parted. Wilsey died Christmas Day two years ago after a long battle with drug abuse and it’s associated consequences – that sucks.