A GUEST POSTING FROM RICH CUNDILL 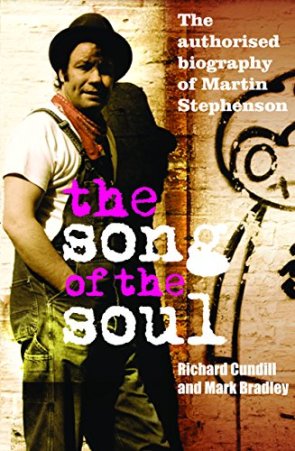 I’m quite excited by this one.

Martin Stephenson, with and without the backing of The Daintees, has long been one of the most admired artists here at Villain Towers.  I had a plan to pull together an ICA some time ago but then I got a bit gallus and decided to approach Martin’s biographer to see if he fancied taking on the task.

While it is the case that Rich Cundill has contributed a number of comments to the blog over over the years, this is the first in-depth piece. He’s chosen some great tunes….

I’m taking a broad approach to this just to make things difficult for myself! Could easily have limited it to just his initial 4 albums with The Daintees between 1986 and 1992, but wanted to show just how wide ranging the great man’s music has been for over 30 years, including his solo albums and many different collaborations.

Impossible to get away from the magnificence of this, the first track on the first Martin Stephenson & The Daintees album. Writing with an insight and maturity that was one of the most startling things about his early work, Martin tells the tale of phoney mourners at a funeral just out for what they can get. John Steel on guitar and keyboards leads The Daintees with an equally old-beyond-their-years backing that could be The Band with added melody. Still a live favourite to this day.

Just Martin, an acoustic guitar and some poetry about the Rain falling. Live he will often play it with all the house lights down. Pins dropping. A moment of rare musical purity.

From the 2nd album produced by Paul Samwell-Smith, Gary Dunn has replaced John Steel on lead guitar, but the Daintees still have that swagger and poise. The lyric concerns a young footballer whose Dad wants him to get a proper job. “No would-be Ian St Johns are gonna bring me down”.

Almost hymn like in it’s spiritualism and a wonderful melody, with a light touch that probably only Roddy Frame could achieve back then. It’s about a need to find strength when you feel weaker than ever.

From the 3rd Daintees album that found Martin at a crossroads in his musical career. The record company wanted him to be a solo artist and tried putting him a studio in the USA with a bunch of session musicians, but he fought against it as best he could to keep his beloved Daintees brothers on board. The album shows the strain and is not his strongest work but through all the hassle comes this one great song, lyrically fighting against something that is trying to control him. How apt.

After the Salutation Road experience the band dusted themselves down and reconvened back in Newcastle with the legend that is Lenny Kaye producing. The resulting album pushes Gary Dunn’s guitar playing to the fore and there is a punk attitude to a lot of the songs as if they know this music business malarkey is perhaps not for them. And so it’s not surprising that a highlight is Neon Skies, written when Martin was 16 and Patti Smith was his heroine. You get the link, yeah?

Move forward 20 years and my word so much as happened. It’s cheeky of me to do this but you can read the full story in The Song Of The Soul available here http://urbanepublications.com/books/the-song-of-the-soul/ – but to cut a long story short we find Martin back with John Steel in a Daintees line up that is as strong as ever. Catch them live if you can, you will go home with your spirits raised. The album California Star features this ballad that can in many ways be seen as the re-write of the early song Slow Lovin’ (from Boat To Bolivia) but instead of finding young love it’s about finding that special someone in your later years. It’s got a helluva middle eight as well.

At the turn of the millennium a bunch of Daintees fans led by a formidable young lady called Jane Cooper developed an on-line forum and, more than that, a relationship with the artist that was very special indeed. It resulted in fans essentially funding the recording of an album called The Lilac Tree. I can remember to this day playing this the first track from it and feeling incredibly emotional that we had helped in getting this great piece of music out to the wider world.

In the mid-90s Martin began to collaborate extensively with many different musicians. Mainly for the pure joy of playing live. Recording these events and releasing them as albums happened intermittently, sometimes with mixed results, as that wasn’t really what it was all about. On one occasion though in the village of Leap in County Cork, Martin and members of The Devlins, The Prayer Boat and many other fine musicians made an album with a ridiculously tight budget that probably captures the spirit of Martin’s music better than any. Beyond The Leap, Beyond The Law. And this track The Crying is about a young son finding his Dad in tears.

And we wrap up with the title track from the latest Daintees album. Martin with John Steel (guitar and keyboards), Kate Stephenson (drums), Chris Mordey (bass). As fine an outfit as you will find anywhere in the UK these days.

“I’ve never hidden the fact that I’ve long been big fan of Martin Stephenson, and I can give this book no higher praise than by saying it was every bit as enjoyable and entertaining as seeing the great man himself play a live gig.

While it isn’t a warts’n’all story, it is a piece of work that doesn’t flinch from certain things, and leaves you in no doubt that Martin, particularly during the time when he was drinking to excess, wasn’t always the nicest man to be around. The story of his behavior at one gig in the north of Scotland in 1996 is particularly toe-curling, but it proved to be the event that led Martin to getting on the phone to Alcoholics Anonymous and sorting out his life.

I was someone who bought loads of records by Martin Stephenson & The Daintees between 1986 and 1992, as well as going to see the band on numerous occasions. I also knew that Martin had gone off and done all sorts of things in his solo career from 1993 onwards, recording albums in all sorts of weird and wonderful places and in a variety of styles including country, bluegrass, folk and traditional. I was fairly confident that I was at least aware of all the records he’d been involved in, even though I might not have them in the collection.

I was astonished to learn however, from a brilliantly researched and informative discography that there are more than 20 solo albums out there if you want to get everything that Martin has recorded…I would have guessed maybe nine or ten if you’d asked me before now. A lot of songs appear on more than one CD, but recorded with a different set of musicians and in a different style, and the authors, Richard Cundill and Mark Bradley, do a fantastic job in describing the tone of each record acknowledging that, for the most part, only the truly devoted would describe every release as flawless…

Looking again at the book as I type this, what I especially like is the fact that it doesn’t concentrate on the glory days with the Daintees at the expense of the solo career when it was largely the efforts of a group of fans that kept Martin going through some very tough times, financially and otherwise. (Incidentally, this collection of fans was known as the E-Group – and that’s a reference to a type of mail and not a type of drug…). There’s just over 100 pages devoted to Martin’s childhood, youth, early musical efforts and his time with the Daintees and Kitchenware Records, but there’s the same again for the years 1994 -2008, and then the incredible 24-page discography.

I’m someone who devours musical biographies, authorised or otherwise, with somewhere in the vicinity of 150 of them lining the bookshelves. The Song Of The Soul is among the best of them – I’d put it up there with Andrew Collins‘ bio of Billy Bragg, and the self-written efforts of Bill Drummond, Julian Cope and Mark ‘E’ Everett.

One great thing I learned was that in late 2003, Martin Stephenson released an album called Airdrie, named after the town in which it was recorded. The authors describe it as one of the finer works in the Stephenson discography, but reveal that it is quite difficult to get a hold of as the singer fell out with his then manager and others who were working closely with him, and the CD wasn’t pressed in huge numbers. Thankfully, there’s e-bay nowadays and I was able to buy a copy just the other day, from which this song (a regular in the current live sets) is taken:-

The book ends on a hugely upbeat and optimistic note, recalling how the Daintees have got back together for gigs and indeed a new album that appeared in 2008. It also makes the point that I’ve tried to make on this blog before that the best way to capture Martin Stephenson at his very best is to get along to a gig near your home town as soon as you can and see for yourself how witty, charming and talented this unique singer/songwriter really is.”