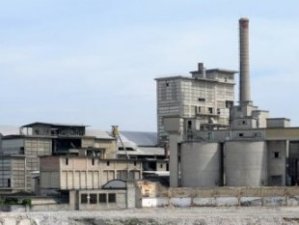 An e-mail recently arrived from one of the most frequent visitors to the blog asking if I’d consider some of his words as appropriate for the series on political protest songs.  Having read what Luca had to say, I was so moved, shocked and angered that it felt it best it should stand out as a posting on its own rather than within that series.  Please read on……

When I read your invitation to help with the choice of a political protest song to your blog I immediately thought it was an opportunity to write about a subject that is very important for me, and likewise it immediately came to mind to me which song I would have chosen.

Still, I thought long and hard about doing this. The main question was: why should anyone be interested in what I write? In the end I decided to give it a go for two reasons.

The first one should be clear at the end of this post.

The second is that the issue I wanted to write about is only partly about me and my family (believe me, if it affected only me, I wouldn’t have bothered you and all the readers with it, still I guess it’s only human to be more directly interested in those matters that affect us personally).

It is about my hometown.

Since the end of World War II onwards, Casale Monferrato’s most important factory was called Eternit. Its main product was a kind of fibre cement, often applied in building and construction materials, mainly in roofing and facade products.

The fibre component was asbestos.

From: http://it.wikipedia.org/wiki/Eternit (translated by G****e, with some corrections by me):

“Although since 1962 it was known all over the world that asbestos dust generated by wear of the roofs and used as background material for paving, causes a severe form of cancer, pleural mesothelioma (in addiction to asbestosis), in Casale Monferrato (Alessandria), Cavagnolo (Turin), Broni (Pavia) and Bari Eternit and Fibronit continued to produce manufactured goods until 1986 (1985 for Bari and 1992 Broni), trying to keep its workers in a state of total ignorance about the damage (especially long-term) that asbestos fibers cause, in order to prolong the activity of the plant and thereby increase profits.”

I come from a working-class family. My father was a cook in a rest home. My mother worked at Eternit for twenty years.

By the beginning of the eighties, people started dying.

The factory was forced to close.

My mother was diagnosed with pleural mesothelioma in 1987. She was told by doctors she had three months to live. She died one year and a half later, in 1989.

I started going out with the girl that would later become my wife on October, 31th, 1992.

His father was already ill with the same kind of tumor which killed my mother, even though he never worked at Eternit. He died twenty days later.

The exposure to asbestos was starting to affect even the non-workers.

As one is supposed to say, life goes on. That girl and me got married (I proposed to her on October, 31th, 2002, that’s how boring I am..), we have now a beautiful daughter and I must say that I never thought that I could be as ridiculously happy as I am today.

Still, as the years went by, people kept on dying.

“In the area of ​​Casale Monferrato and in the whole area of the Alessandria province there have been about 1,800 deaths from exposure to asbestos.”

Casale is a small town. It has less than 35,000 inhabitants.

It means that almost everyone had to cope with the loss of someone to mesothelioma. A father, a mother, a brother, a sister, a daughter, a son. A friend, like my good friend Anna who died this year aged 49.

Some families have been simply destroyed.

And the worst is yet to come.

Since pleural mesothelioma has an incubation period which goes from 15 to 40 years, it is believed that the number of deaths per year will peak in 2020. The ones who will die will be usually non-workers, basically because those who have worked at Eternit will be mostly already dead by then.

By that time, me and my wife, we will both be 48 years old and our daughter will be 13.

I’m not going to lie: I do have fear. And my wife feels the same, although she never admits it.

But we both know that it’s useless to live in fear and regret.

It’s better to live in love. And hope.

If any reader is living or working in an environment where there’s asbestos, with the risk of inhaling its fibres, I strongly suggest to have it removed immediately.

The political protest song (in the most loose sense of the word) I have chosen has got no lyrics.

Still I hope I will be forgiven for saying that when I first listened to it I immediately thought that its message was one so universal that so many people of Casale Monferrato could have made it their own.

mp3 : Outside – To Forgive But Not Forget

The main reason I decided to do this post this should be understandable by now.

Or maybe, it’s just something that periodically I need to get off my chest. To let off some steam.

About the Eternit trial: