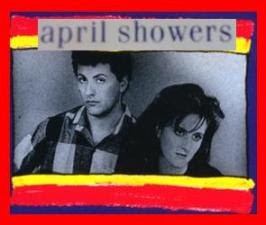 With apologies for those of you who have followed this and the old blog for a long while as this will be far from the first time I’ve featured this songs.

I would so love to be able to offer anything other than Abandon Ship in any look back at April Showers.  But it is an impossible task.

For those who don’t know, April Showers were a short-lived Glaswegian pop duo comprising Jonathan Bernstein and Beatrice Colin. They released just one single on Big Star, a subsidiary of Chrysalis, in 1984.  And it’s a tremendous, timeless piece of pop thanks in part to a wonderful  production from Anne Dudley of the Art of Noise.

It’s a very rare and hard to find piece of plastic, in both its 7″ and 12″ format, with collectors being asked to fork out from £50 and upwards for the 12″ on the basis that it also has an otherwise unavailable instrumental version of the a-side.

My copy of the song comes courtesy of its inclusion on the compilation album 10 Years Of Marina Records.

Jonathan Bernstein is now a succesful author and screenwriter over in the USA.  Click here for a past review of one of his works. 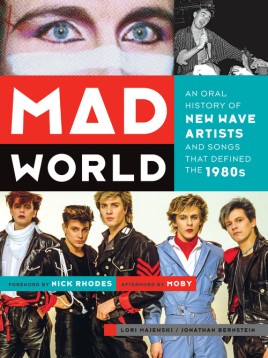 One of the 45s featured in the regular Saturday series on great Scottish singles was this:-

Released to almost complete indifference in 1984, it really is one of the great lost singles of the era.  April Showers was a short-lived Glaswegian pop duo comprising Jonathan Bernstein and Beatrice Colin.

I’m a huge fan of this song. It was the only piece of music the band got round to releasing (other than the b-side!!) . Today is probably now the fifth time I’ve made it available as an mp3 over the past eight years. I was amazed that a few weeks ago the very same Jonathan Bernstein dropped me an e-mail, thanking me for the kind words and asking if I’d be interested in having a read of a book that he had co-authored and which was due for publication in the UK later in the year.

How could I say no?

The 300+ page book in question is called Mad World : An Oral History of New Wave Artists and Songs that defined the 1980s. And it’s very very good……

Jonathan moved to Los Angeles quite a few years ago and is nowadays more widely known thanks to his exploits as a movie screenwriter, author an occasional contributor to magazines and newspapers.  For this particular project he has  hooked up with Lori Majewski, herself a successful music and entertainment writer.

Th authors were inspired to write the book came about after they both read an interview with a well-known 80s musician from the UK in which he had discussed the inspiration, writing and recording of the song, as well as its reception and place in pop history.  If it could be done for this particular song then why not for others which had made such an impact on them as music fans?

Each of the 36 individual chapters begins with an introductory paragraph which puts the artist and song into a broader context – where and how they fit with the rest of the 80s and perhaps any enduring influence they have had on music all these years later. Each of the authors then offer very short pieces expressing their own views on the song or the artist before the pages are turned over to those who matter most – the musicians. This is where the excellent writing skills and styles of the authors shine through – all of the interviews were carried out face-to-face or by e-mail in the classic Q&A style, but they appear on paper as superbly written monologues.

This leads to a consistently entertaining read – no single musician comes across as a pretentious prat nor do the authors leave anyone hanging out to dry (although it should be pointed out that some of the tales highlight how different musicians in the same band see things from different perspectives and you have to draw your own conclusion as to which is the truth and which version is fabricated…..)

It is a book written initially for an American market and so the songs and bands featured will have had to enjoyed a bit of success over there for it to make commercial sense. As such, there’s a number of songs in the book that I am no fan of – and a couple that I’ve never even heard of – but at no time did I feel like ever skipping any of the chapters.

The title is also a wee bit misleading for the songs featured were released between 1978 and 1985, an era which the authors unashamedly say was the Last Golden Age Of Pop. So there’s a lot of great music from the decade missing from the book but those of you with a bent towards great indie or electronic pop will particularly enjoy the chapters on New Order, ABC, Echo & The Bunnymen, Dexy’s Midnight Runners, The Normal, Depeche Mode, Soft Cell, Joy Division, OMD and The Smiths among many others.

What I particularly enjoyed was the authors abilities to look at the 80s in a way which is warts and all and come to the conclusion that it was a time far preferable to nowadays when any semblance of individuality is ridiculed on TV ‘talent’ shows or is then removed by such bland, dull and ultra safe production values designed to appeal to the biggest common denominator.

“Were the artists ridiculous? Was the music overproduced? Was the influence of Bowie ubiquitous to the point of being suffocating? Guilty on all accounts. But it was also an era of imagination, vaulting ambition and incredibly memorable songs.

Mock and ridicule the excesses of the 80s if you want, but don’t try and deny that the stars of the era had personality. They may have been pretentious, pompous and absurd, but it was their own pretension, pomposity and absurdity. They didn’t have to bow their heads and nervously wait for the approval of a jaded record executive on a judging panel. Love or hate them they were their own glorious creations.”

The other great strength of the book is the diverse backgrounds of the two authors.

Majewski is an American who was a teenage music fan in the period concerned with an undiminished passion and love for the likes of Duran Duran and Adam Ant but a huge appreciation of what makes a great indie song – she’s the contributor who likes The Smiths and is not ashamed to admit that she knew nothing of Joy Division until she checked out the original version of the song covered by Paul Young; Bernstein is Scottish, older and, thanks to April Showers, a participant in the era. He claims he is too sour by nature, too uptight and suspicious of emotion to declare himself a fan of anybody, but this enables him to take a dispassionate approach to each singer or band and articulate just how he feels they are worthy of a place in the book – except in the chapter on The Smiths where he simply says ‘Not A Fan’.  But I’m willing to forgive this for all of his other contributions – in particular his words on Simple Minds – where he captures perfectly how all of us who had grown up with them in Glasgow were feeling as they took the USA by storm.

Together they have cooked-up a really good read. One which can be enjoyed in bite-size chunks or devoured ferociously in a single serving….either way it won’t come back on you and leave feeling queasy. Indeed, I suspect it will leave you longing for further servings.

Mad World has been well received by critics and fans alike since its publication in the States back in April. UK readers can pick pre-order copies on-line in advance of its release date next week on Monday 1 September from when It will hopefully be available in all good book stores.

Here’s one of the songs featured in the book in its full extended nine minute plus glory:-

mp3 : Echo and The Bunnymen – The Killing Moon (all night version) 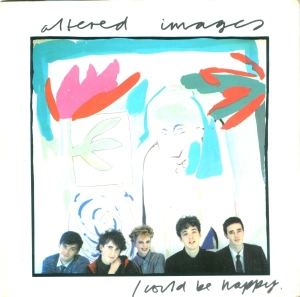 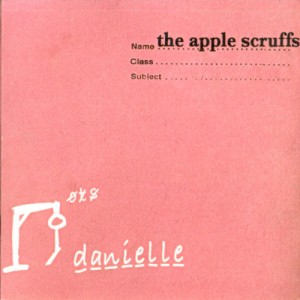 The Apple Scruffs were four best friends from Glasgow that got together and began writing songs about their everyday lives and surroundings. After four months of hard work and practice the Scruffs played their first gig in Nice N Sleazy supporting the Ronelles at the end of May 2005.

From then on the band built up an amazing reputation in Glasgow supporting well known bands such as Dogs and The Ludes. They then landed a single deal with Hijacked Records. the scruffs released their debut single Danielle on Vaults Recordings on November 2006.

The scruffs were tireless on the Glasgow gig scene and played almost all of Glasgow’s famous venues.  Giving a final shot at breaking through the blinkered music industry they tailored a new single to a more commercial sound in Big Hearts launching this in the Apple store in Glasgow however it wasn’t to be and Johnny and the boys broke up to go seperate ways in 2010. 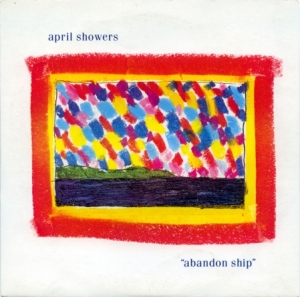 Releasing their only known single “Abandon Ship” on Big Star, a subsidiary of Chrysalis, in 1984 it quickly gained a cult following due to it’s sparkling production from Anne Dudley (Art of Noise) and string-heavy arrangements. This quality was echoed on B-side “Everytime We Say Goodbye” with the 12-inch featuring an instrumental of Abandon Ship “Abandon Ship Sing-A-Long-A-Wonder Mix”. Both records are now highly collectible. (£50 and upwards nowadays for the 12″!!!)

Plans to release a second single on the label Operation Twilight, and the inclusion of Abandon Ship on the compilation album “10 Years Of Marina Records” seems to be a footnote to the woefully brief story of April Showers, the perfect example of a band that has disappeared into, and whose status grows with, history.

Now here’s where I cheat.  I don’t own this single…..it’s one that’s near the top of those I dearly would love to get my hands on but won’t pay the money demanded by the sellers…… I’ve the compilation LP mentioned above, and thanks to modern technology (and the generosity of folk who make the recordings available), I’ve picked up the other two tracks  It really is one of the great lost pop-songs of the 80s 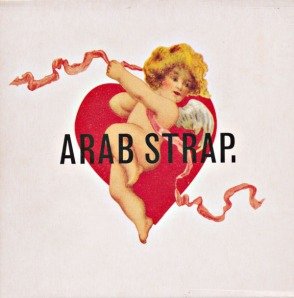 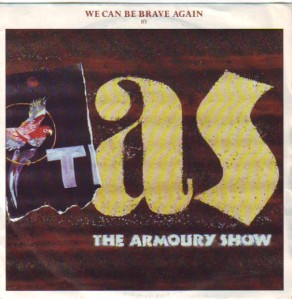 Again, I’ve tried not to go for the obvious ones from the back catalogues of the better-known acts and indeed in the case of Arab Strap have gone for a release from the short time they were on a label other than Chemikal Underground.  Oh and check out the Altered Images b-side if you don’t already know it….much darker sounding than you’d come t expect from them….real Banshees/Magazine influence on the track.