A GUEST POSTING by MARTIN ELLIOT 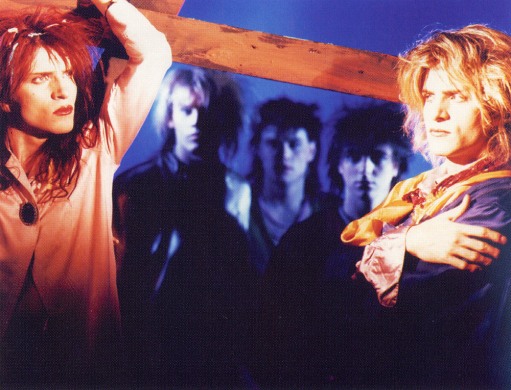 Relapse – a collection of b-sides.

An early recording, short and rough but distinctively all that made up GLJ.

One of several different versions of Bruises from the Promise album. There will be more coming your way.

Slow, hypnotic and operatic. Another great b-side, together with the even more theatrical Gorgeous on the flip of Shame (who sings about their toes nowadays?).

Some nice guitar work on here, together with the ever prominent drums and the typical vocal style.

So I cheat a bit, as this is an album track – but when the already fantastic instrumental track now got treated with lyrics, it just became magic. Couldn’t in any way keep it out of this collection, so it closes the Situation Two side, leaving you just wanting more. Which is exactly the purpose with the last track on side A.

Side B. The Beggars tracks.

With Jay doing the vocals here, while Michael did on the album (and 12” A-side) version. I’ll leave it up to you to compare the versions, they are identical twin brothers…

After this release they took the name Deli Babies for some production credits on their own work. A waste hiding as the second track on a b-side.

A thumping rhythm, some great guitar work going on in the background. Impossible not to nod along to.

If there was a genre called stadium pop, this could well be the anthem. A simple, fresh and bouncy melody, a great sing-a-long little gem. Pity they never made it to become stadium pop stars.

Yet another version of Bruises, another stomper that does exactly what the last track on side B is supposed to do – making you flip the record and start all over again!

It took me ages to listen through all my GLJ records and choosing the tracks for these 2 ICA’s, but I had a great time doing so. I hope you enjoyed the show too!