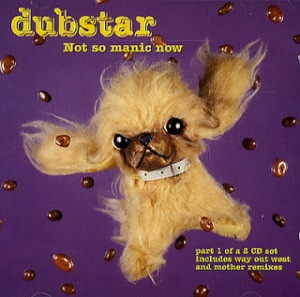 Dubstar began life in the early 90s as a two-piece consisting of Chris Wilkie on guitar and Steve Hillier on keyboards and vocals. By 1994 they had a new vocalist in Sarah Blackwood.

Like an lot of bands kicking around in that era, they were able to land a record deal as the industry decided that Britpop, however you wanted to define it, was the in-thing. Nobody wanted to miss out on the next Blur or Oasis (not that anyone came along and fulfilled the A&R mens wet dreams).

Dubstar were however, more worthy than most of their compatriots and recorded a number of quality songs across Disgraceful and Goodbye, the LPs released in 1995 and 1997 respectively.

A further album, Make It Better was released in 2000 but to little fanfare or acclaim and the band went their separate ways.  Sarah Blackwood went on to be part of  Client, an electronic act who released four albums in the first decade of the 21st Century but who never really got beyond cult status other than a Top 30 single in 2005, thanks in part to the lead vocal being performed by Carl Labat of  The Libertines.

Reminds me an awful lot of St Etienne…..

It was released on 2 x CD formats, with CD1 having remixes of the singles and CD2 having three new songs. It’s a huge contrast……

Oh and I shouldnt forget that they did a more than passable cover version of a Billy Bragg song on their debut LP:-