A GUEST POSTING FROM ROL HIRST 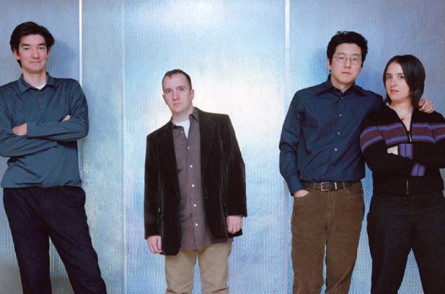 This is a thrill for me.

Rol’s blog is one of the most imaginative out there – always superbly written and there’s usually great follow-ups of immense quality (unless I’ve thrown in my tuppence worth).  He’s also written about a band that I’ve had recommended to me many times over the years but never been sure where to start.  Cheers mate….

Being invited to compile an ICA by JC is, as far as blogging goes, one of the ultimate accolades. It’s like being invited to the palace for a knighthood… except I won’t turn it down.

I’ve been following The Vinyl Villain almost since the beginning. My original blog, Sunset Over Slawit, wasn’t set up as a music blog, but reading JC (and a few other music bloggers from that era, many of whom are no longer part of the blogosphere) convinced me to dip my toe in the water. The problem was, my tastes were always a little too unhip. Yeah, I liked most of the artists JC featured – many were among my favourites – but I also loved a bunch of far less “cool” musicians. Queen. Meat Loaf. Billy Joel. Neil Dia… I’ll stop there, shall I?

Despite this, JC was always immensely supportive of my efforts and, unlike some other bloggers, he never went out of his way to ridicule the stuff I liked that he really didn’t. I’ll always be grateful to him for that (although I still wish ICA #069 wasn’t an April Fool’s gag).

I featured a track from their new album box set, 50 Song Memoir a couple of weeks ago, and JC popped up in the comments with that offer I couldn’t refuse. I was beginning to think I’d missed the boat – most of the suitable bands I like have already been covered by others. That said, I’ve admired The Magnetic Fields for a long time, and although they probably wouldn’t make my all-time Top 50, Stephin Merritt and co. have certainly produced enough outstanding material for a 10 track Imaginary Compilation Album… or ten.

How many truly great double albums can you name? I bet you can count them on one hand. Most have a truly great single disc trapped inside, screaming to drag itself up above the so-so tracks that have padded out disc 2 side 2.

How about triple albums? Can you even think of one truly great example?

I can. But only one.

1999’s 69 Love Songs is The Magnetic Fields’ masterpiece. Three discs. 69 songs. All (or at least 60 of them) magnificent. The hardest part of compiling this ICA was not just choosing ten songs from that album.

Papa Was A Rodeo is (arguably, of course) the greatest song on 69 Love Songs. It’s a country song at heart (if that puts you off, more fool you) which begins with a barroom conversation and turns into a sweet (if extremely sardonic) love song that flashes forward in the final verse to reveal a 55 year relationship still going strong. And the chorus is lyrically perfect.

2. Too Drunk To Dream (From ‘Distortion’)

I haven’t had a drink in over 16 years, but this song makes me want to crack open the Jack…

Stephin Merritt isn’t always the voice of the Magnetic Fields. He knows when best to give his songs to sweeter, less dry and world weary vocalists, one of whom is Claudia Gonson, who makes beautiful work of this bittersweet ode to the most romantic of instruments.

And here’s Susan Anway, taking lead vocal on the very first Magnetic Fields single, from way back in 1991. My favourite early Fields number, I just discovered I’m not alone in admiring it. Iffypedia calls it “the ultimate staple of indie mixtape culture during the 1990s”. Well, how hip am I? (Answer: Billy Joel, Neil Diamond, etc. etc.)

We’ll close side one with the return of Stephin Merrit, at his most drolly maudlin. Is drolly a word? Maudlinly droll? Like Morrissey, Jarvis and Neil Hannon rolled into one, with a sprinkling of John Grant…

Stephin Merritt has, on occasion, been compared to a modern day Cole Porter for his wit, wordplay and occasional bouts of bittersweet cynicism. The Book of Love sounds like prime Porter: a song about how boring people in love can be… unless you’re one of them. It’s been covered by lots of people, from Peter Gabriel to Zucchero (who translated it into Italian), The Airbourne Toxic Event to South Park.

If you haven’t guessed so far, I’m a big fan of clever, witty or storytelling song lyrics. Stephin Merritt is well regarded as one of the premier lyricists of his generation (hence that Cole Porter comparison), and he’s also the king of the killer rhyming couplet, as this cut from his 2004 album ‘i’ (all the track titles began with the 9th letter of the alphabet) proves most eloquently…

He also manages to get the word ‘ampersand’ into this song. You’ve got to give him a prize for that.

Another of Merritt’s female collaborators is Shirley Simms, who takes leads vocals on this gorgeous love song, featuring the best invitation to visit the Golden Gate state you’ll ever hear…

Come back from San Francisco
And kiss me, I’ve quit smoking
I miss doing the wild thing with you

The latest Magnetic Fields album is a thematic follow-up to 69 Love Songs: a five disc autobiography in song to celebrate Merritt’s 50th birthday, one song for each year. 1985 was the year he hit 20… not a great year to be a young gay man in America, it turned out. Still, at least he wasn’t a teenager anymore…

There’s no better way to close this ICA: it says everything you need to know about Stephin Merritt in under one minute. Can we say ‘genius’ now?