A GUEST POSTING by RICHARD 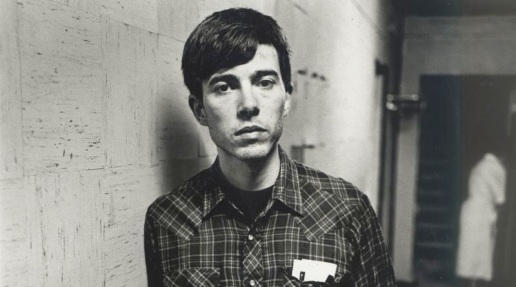 I don’t know why, there’s no reason for it and I can honestly offer no explanation … but for a few weeks every year, I’ll binge listen to Smog. And I mean really binge. A total, all-consuming obsession descends on me for 2 or 3 weeks (normally around February or March). In that time, I’ll fill my ears with Bill Callahan’s wry, dry, baritone and nothing else. There’s no other band or artist I do it with on such a regular basis and, as quickly as the urge comes over me, it passes. It’s happened for the past few years and no doubt it’ll happen again.

The reason I’m telling you this, is that I don’t want to fool anyone into thinking I picked Smog as the subject of my ICA because I’m some kind of obsessive super fan who listens to them constantly. I’m not. If you asked me to name my favourite bands off the top of my head, I very much doubt that Smog would spring immediately to mind. Yet when I stop and think about it, Smog is one of the most consistent acts in my record collection. One that I often overlook but consistently return to.

So if you’re looking to know every last detail about every single song that Bill Callahan has ever put out under that moniker, you’re looking in the wrong place. I’ve simply got enough Smog albums and enjoy them enough to be able to offer a fairly decent introduction to those who don’t.

Besides which, it just kind of seemed like an obvious choice. Without being an actual obvious choice. I could easily have gone with Radiohead or Nick Cave or The Smiths or Suede any other band that I would consider myself a big fan of. But I think most of those have either been done already or most people know enough about them, that an ICA seems a little pointless. Whereas Smog… well Smog don’t seem to get that much of a mention in many places.

As I suspect with most ICAs, picking the actual songs wasn’t as easy as I’d expected. Looking back at the final selection now, I could easily swap out a bunch of the songs and still be happy with it. That’s how good Smog are/is, so seriously, delve deeper if you like what you hear.

But before we get to the music, a little disclaimer…

I started my blog years ago. Back when I was a recently single twenty-something with plenty of spare time on my hands. I updated it regularly and really enjoyed writing about the thing I’d been obsessing over since I heard ‘This Charming Man’ blaring out of my brother’s university room when I went with my parents to collect him one wintery Friday. Then births, deaths and marriages happened (the only reasons to get dressed up, if you’ll allow me to misquote Aidan Moffat slightly) and writing about music just didn’t seem quite so important anymore.

So the dust settled on the blog. I tried occasionally to start it up again but the impetus and motivation wasn’t there. Nor was the time. Not in the way I felt would make it a worthy venture. I can’t tell you how I admire JC and many of you guys reading this now for how you’ve managed to continue where I couldn’t. The commitment it takes is admirable. The quality you maintain is truly impressive. But enough of the gushing… what I’m trying to say is that I haven’t really written about music in such a long time, that I’m not entirely sure I still can. There’s a good chance that this may just descend into a list of songs with little more comment than, ‘I like this because it sounds good’. So don’t go expecting too much in terms of insight or quality. Not from me anyway. The quality is all from Smog.

Oh and in case you don’t know… Smog was essentially a solo project of Bill Callahan. Sometimes with parenthesis, sometimes without. He released 13 albums under that name between 1990 and 2005 (of which I have 8) and since then he’s been releasing records under his real name. Given the deceptively simple, repetitive nature of his music and his deep voice and glib, morose half spoken, semi crooned delivery, it would be easy to label his sound as depressing. Dig deeper and there’s a great deal of complexity and sardonic humour in his writing. Indeed, his lyrics are a wonderful thing to lose yourself in. I hope you enjoy.

The Well (from A River Ain’t Too Much To Love)

The Well is track 3 on its parent album but I’ve always thought it could easily have been an album opener. Indeed, I went through a phase where I included it as the opening track on every mixtape (should that be mix-cd) I made. It’s a track that sets out Smog’s stall from the off. A simple repeated musical refrain that grows and builds and dips and builds again as the protagonist comes across a well deep in the woods. It’s a song that could easily be part of JC’s feature about songs that could be short stories. If you like this, chances are you’ll enjoy the 9 tracks that follow.

Track 2 is another 7-minute song. And what a doozy it is. A duet of sorts that sounds so gentle and relaxed and unrushed and mesmerising and hazy as it reveals the answers to the big questions of life and love in the way that only drink and drugs usually do.

Dress Sexy At My Funeral (from Dongs Of Sevotion)

As far as songs about eulogies go, this is an oddly romantic one.

For years I was more familiar with Cat Power’s cover than Smog’s original version and honestly it’s a tough call as to which I prefer. With its lo-fi drums and cheap sounding keyboard stabs, this version has a bit of an 80s feel to it as Bill shows how easily and cruelly dreams can be crushed.

The original studio version of this track isn’t a patch on this version. That one is a mostly solo acoustic affair with Bill singing at a slightly higher register than normal. Compared to this version from a Peel session, it’s frankly a little underwhelming. This version is slower, longer, more morose and utterly, utterly compelling.

I Could Drive Forever (from Knock Knock)

This is the first Smog song I ever heard. It came on a free CD with Uncut magazine and sounded so other worldly compared to the sort of indie bands I was listening to at the time. A song about escaping that doesn’t sound like you’ll ever escape what you’re trying to escaping.

This is one of those songs where I couldn’t really tell you what it’s about or why I love it but it’s a fucking great song. While it doesn’t really go anywhere, it takes you all sorts of places.

Butterflies Drowned In Wine (from Supper)

A chugging insistent track with probably my favourite Smog title ever. It feels like a skewed version of a blues track that switches to a gentle country lilt before hitting you again with it’s chug-chug rhythm.

Permanent Smile (from Dongs Of Sevotion)

Is this a prayer? A cry of despair? A meditation on death? Probably all of the above and more. Musically it leans on a Spector-esque drum beat that’s been slowed to a funereal pace and sprinkled with a twinkly piano and jingly guitar.

An anti-war song that’s trying it’s hardest not to be an anti-war song. In today’s world, its message feels ever more prescient and necessary. ‘Just stop fighting’ indeed.

JC adds……Richard was one of the guys I turned to a great deal in the very early days of the original blog for help, advice and the occasional piece of support.  I’ve long been a fan of his writing and am genuinely thrilled that he’s made this superb contribution to the ICA series.  I’ve long wanted to feature Dress Sexy At My Funeral round these parts, so thanks amigo.