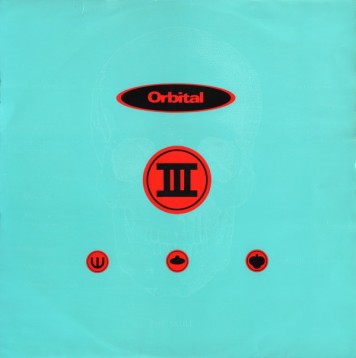 Or of course, you could have this version

Which was recorded specifically I’m told for the Volume CD Series. Volume was a CD album that was always accompanied by a booklet or magazine thing full of information and interviews with the bands on the CD. I think there was an ‘indie’ release and a dance release, but one of them may have had a different name, I forget.

In 1995, the makers released a ‘Best Of…’ compilation and to promote that they invited two bands to record and release a track which would be released as a split 7” single.

The bands they chose were Therapy? (who recorded a song called ‘Innocent X’) and Orbital who re-recorded their seminal track ‘Belfast’ with some vocals over the top which were sung by their buddy Grant Fulton who wrote a song about a bloke he saw in bar who was in his words ‘Wasted’. So the track ‘Belfast/Wasted’ was born.

If anyone owns anything else sung by Grant Fulton I’d be interested to hear it, because until I’d Googled it, six minutes ago, I’d never heard of him.

For many it made an already essential song even more essential. Personally, I prefer the original version, but only just.

So, lets talk about staying up all night. Which back in their heyday you had to do if you wanted to see Orbital live and not in a field. In 1999 Mrs SWC and I went to see Orbital in Brighton at a place called The Zap Club. The Zap Club for those of you who do not know is situated right on the sea front at Brighton it probably has one of the best views of any music venue in the UK and I’m including the view from the toilets in the Clwb Ifor Bach in Cardiff in that statement (third stall in the gents, open the window, crane your head left a bit and you can see the castle. Just.)

This gig was billed as ‘an all nighter’ and it had a cast of thousands. On the bill for instance were this lot who ambled onstage around midnight to thousands of loved up ravers.

I didn’t even know the charts went as low as 196 – anyway – before Underworld we were also treated to a short DJ set from this chap who dropped this near the end of the set.

I’ve never danced as much, DJs followed bands who followed DJs, it was crazy, every now and again you could sneak away to a smaller room around the side which was doubling up as a chill out zone, but even there the music was non stop and besides every time we walked in there, we wanted to eat some Kettle Crisps. No idea why.

At around 2am, we all realised that Orbital were on stage, we had no idea how long they had been on for. Largely because of the flashing lights, the constant strobes, the pounding beats and the fact pretty much all the noises were now merging into one. I remember ‘Chime’ and then ‘Belfast’ and then ‘Satan’ being just stunning.

Orbital played until about 4.30am at which point Mrs SWC and I wandered outside and strolled along the beach in the half dark as it if was something we did every weekend. We picked a bench near the marina and sat and watched the sun rise, munching away on fresh breakfast baps. 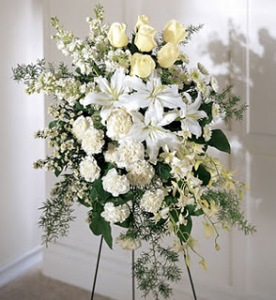 …..my best mate died after a two-year battle against leukaemia.  It was on Tuesday 12 April 2011. He was 46 years old. One of the things I did at the time was indicate that I was going to take a short break from blogging as I was physically and emotionally frazzled.

A few days later, I got an email from ctel, who as you know is responsible for the Acid Ted blog, telling me there had been more than 40 messages of sympathy left behind in the comments section and that this had inspired him to want to keep the then Vinyl Villain blog going during this difficult period for me.  (He had details of my log in and passwords as he had in the past stepped in with some emergency postings on a number of occasions when I’d unexpectedly been left with access to a PC or laptop).

Ctel put up the following:-

I only just read JC’s post about his best friend’s death from leukaemia and that he won’t be blogging until the end of this month. I’ve also read the comments on the post. But I thought that we could do more to show support.

I’d like anyone reading to send me a post and an accompanying track on the theme of happiness or sadness. Can be a song that gets you through sad times or one that shares the joy.

He gave details of how to get in touch with him before kicking things off by posting up a song he had dedicated to me on the day of my late brother’s funeral some nine months earlier (he had died in a car accident at the age of 43):-

I still can’t listen to this without getting a lump in my throat.  It’s an extraordinarily powerful and intense piece of music.

Over the next 30 days or so, the blog resounded to guest postings from all corners of the globe.  I would love to have been able to reproduce them once again, but the archives to which I have access are missing some six or seven of that particular series and it wouldn’t be right to only feature those that haven’t disappeared completely into cyberspace.

Google’s actions in destroying the old blog were unforgivable for a lot of reasons, but none more so for the fact that so many heartfelt words and sentiments are lost forever.

That so many did contribute has made me determined to have whatever blog(s) I’m involved in be as inclusive as possible, which is why I’m so proud of the fact that many of you have contributed an ICA.  But please, don’t feel you have to be restricted to that series….contributions on all matters are willingly accepted.

In the meantime, I’ll have a quiet reflection about my mate – I don’t think a single day has gone by in the past five years that I haven’t thought of him – but I’ll also take time to again appreciate everyone I’ve had contact with thanks to this blog.

My mate incidentally, was a professional footballer. With shite taste in music.  He couldn’t bear just about anything I listened to. This one particularly annoyed him:-

mp3 : The Smiths – This Charming Man