A GUEST POSTING by ADRIAN MAHON 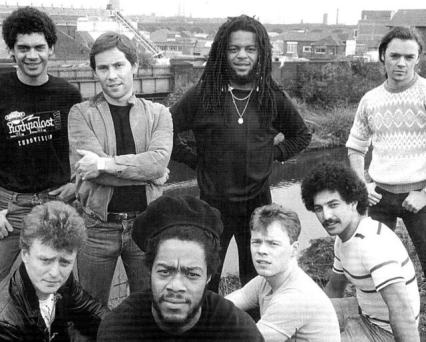 Surely close to the top of anyone’s list is UB40?

Starting out with the name; that 80’s icon of alienated youth. They had all the right black/white/industrial background and certainly delivered the goods on the first few singles and albums.

The later offerings still had real merit even if the sound had changed for commercial success. Listen to the soft beauty of ‘Don’t Break My Heart’ from ’85.

Then….it all went a bit crap. No one believed that they had an infestation of rodents in the kitchen. The ‘bankruptcy’ just looked like a tax dodge and the fact that there are now two different versions of the band suggests lawyer differences rather than musical ones.

I did mention in reply to Adrian that I was never a huge fan to begin with but there were plenty of folk at school and uni whose tastes I admired who had time for early UB40. Maybe it all went began to go wrong from getting to #1 with an appalling cover of Red Red Wine in 1983, but as Adrian has pointed out, there were some good songs still to come later on. Worth mentioning just how successful a band they were – twenty-three singles made the Top 20 between 1980 and 1998, three of which went to #1; it’s telling, however, that all the #1s were cover versions.