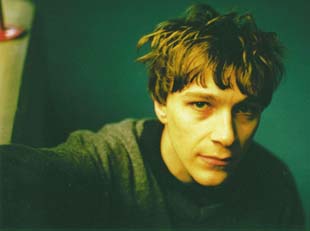 Here’s an unlikely confession from a Glasgow-based indie kid…….

They’ve been part of the local music scene since I was a teenager with their first recordings seeing the light of day back in 1982.  I suppose my problem was that I didn’t take an instant shine to many of the early records and the first few times I caught them live, either as a headline or support act, I was rather underwhelmed.

But looking back now I can see and appreciate just how much of an influence they have had, not just on the local music scene, but on the growth and development of indie music over the past 30+ years.

They must have been one of the most experienced bands to be associated with the C86 movement as by that time they had released a number of singles on various labels including Rough Trade and Creation and by the year in question were on Glass Records for whom they would record their debut LP that was recorded in 86 and released in early 87.  The track on CD86 came from the debut album but it had also been released back in October 1984 as a b-side on a single released on Creation:-

A fantastic song extending to almost seven minutes in length it is actually the last song on CD 2 and so brings the 48-track compilation to an end.  For those who associate The Pastels with tweeness it must come as a bit of a shock as it, to all intent and purposes, rocks out a fair bit.

Anyways, as has been my practice with this series to try to track down any recordings associated with the track on the compilation album then here’s the other two songs on the 1984 single:-

A Million Tears is a fantastic piece of music and while I’m not so enamoured by Surprise Me I take it that a certain Jarvis Cocker listened to it more than a few times and came to be heavily influenced.

Finally…..if anyone ever wants to ever bump into Stephen McRobbie (nee Pastel) you can do so by dropping into Monorail Music in Glasgow where you’ll find him, as owner, behind the counter. His store is something to treasure and has become my first port of call for new music on the few occasions that I buy it!

For such an important and influential band, the wiki entry is a bit light:-

Their early records (1982–85) for record labels such as Whaam!, Creation, Rough Trade, and Glass Records, had a raw and immediate sound, melodic and amateur, which seemed at odds with the time. But an emerging fanzine culture identified with the group’s sound and image, and slowly The Pastels started to influence a new wave of groups, which interested the NME and other UK media.

The Pastels’ sound continued to evolve and, although part of the NME’s C86 compilation, in interviews they always sought to distance themselves from both twee and shambling developments.Their debut album, Up for a Bit With The Pastels (Glass, 1987; re-issue Paperhouse, 1991) moved from garage pop-punk through to ballads with synth orch splashes. The follow-up, Sittin’ Pretty (Chapter 22, 1989) was harder but less eclectic. Reports started to appear in the UK music press that the group was splitting up.

Eventually it became clear that a new line-up was configuring around original members, Stephen McRobbie and Annabel Wright (Aggi), now joined by Katrina Mitchell. This line-up is probably the best known of The Pastels’ various phases, and often featured either David Keegan (Shop Assistants) or Gerard Love (Teenage Fanclub) on guitar. They signed with the emerging Domino Records and completed two albums, Mobile Safari (1995) and Illumination (1997), which showed them developing an odd, particular sound – melancholic and awkward, but warm and engaging. A remix set featured My Bloody Valentine, Jim O’Rourke and others on the album, Illuminati (1998).

Their next release is the soundtrack to David Mackenzie’s The Last Great Wilderness (Geographic, 2003), which, made for film or not, is one of the most completely realised Pastels albums. It featured a track recorded in collaboration with Pulp’s Jarvis Cocker. In 2006, The Pastels developed and completed new music for a theatre production by Glasgow based company, 12 Stars. In 2009, The Pastels, in collaboration with Tenniscoats from Tokyo, Japan, released an album called Two Sunsets.

The Pastels featured on the soundtrack for film,The Acid House (1998).

The Pastels now operate their own Geographic Music label through Domino, and are partners in Glasgow’s Monorail Music shop.

On 21 February 2013, the band announced it would release its first album since their 1997 album, Illumination, called Slow Summits. It will be released on 27 May 2013 through Domino.

“Check My Heart”, the first single from Slow Summits was released digitally on 8 April 2013. The song was released physically as a 7″ single on 29 April 2013 with the B-side “Illuminum Song”. Both songs were available digitally on 27 May, upon the full album’s release.

My favourite Pastels single dates back to 1986.  It’s astonishing to think this is not far off being 30 years old.

I still get a thrill when I walk into Monorail at this venue to buy records and Stephen is working behind the counter. It’s the equivalent of royalty serving you with your milk or bread down the corner shop….