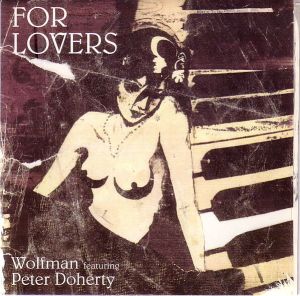 The review in the NME on 16 April 2004 said it all rather eloquently:-

Pete takes his hands from the rudder of the good ship Albion to release this lovelorn ballad. Still, it should be glaringly obvious – even to those without a passing interest in the Libs’ never-ending soap opera – that this brilliant. Encased within the twinkling piano arrangements of old chum Wolfman, Pete proves himself capable of weaving both hope and honesty into the lining of his exquisite melodies. That it’s actually a bittersweet dedication to Wolfman’s broken marriage and the romantics they’d watch from a Paddington station bar matters little – it’s Pete’s choked croak that musters the shivers.

The boys done good. On both halfs of the single.

I don’t think I’m alone in thinking that Pete would still be with us 10 years on such was his the extent of his headlong plunge into hedonism.