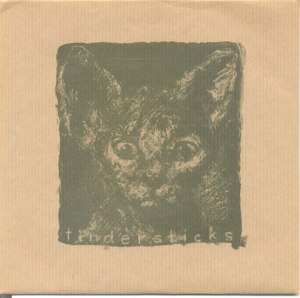 The first time I heard Kathleen it was on a tape given to me by a friend. I assumed it was an original composition as it had all the hallmarks of a classic Tindersticks recording. I got round to talking about it with said friend and was very surprised to learn it was a cover version.

The Tindersticks of this era (mid-late 90s) are impossible to characterise. They can’t be defined as rock, jazz or soul and yet they have a little bit of all of those in many of their songs. They employed all sorts of instruments on their records, including brass, strings and percussion – and in Stuart Staples, they had, and still have, a singer with a distinctive and unmistakable baritone voice. Some say they are just another doom-laden miserablist lot. Far from it.

They were a band best consumed in the live setting. Until last year when I saw Frightened Rabbit in a packed compact venue in the middle of a Berlin heatwave, the Tindersticks gig at the Jaffa Cake in Edinburgh in 1997 is the hottest I’ve ever been at a gig…so hot that the band had to remove their jackets! And in 2002 I was lucky enough, in the company of Mrs Villain, to see them perform in the stunning surroundings of Somerset House in London, complete with 20 piece orchestra on a warm summer evening in which I was sure I had seen THE perfect concert in my lifetime. I even spotted Concorde in the sky above at one point….

For a long long time I only had a copy of Kathleen courtesy of it being on said cassette tape. One day I dropped an e-mail to the band looking for a bit of heads-up on plans to re-release the early LPs to find out if any bonus material in the offing would include making Kathleen available as I had been looking out for a copy for a number of years. I was told yes, but was also asked that If I wanted I could have a copy of the 7″ single as there was a spare one lying around in the office. You can guess my answer….

It now sits in the cupboard proudly beside all my other vinyl, #2184 of what had been a limited run of 5000. Here’s the other three tracks on the 7″:-

As I said at the outset, I was surprised to find out this was a cover. It made me determined to track down the original and was amazed to learn just how close in style and tone the Tindersticks version was and yet they had still made it sound as if it was one of their own. I thought only The Wedding Present were capable of such genius….

Until that point in time I knew nothing about Townes Van Zandt. His life is surely a Hollywood movie in waiting….