I was kind of astonished that this lot haven’t ever featured in any of my own posts on this blog.  They did appear over at the old place as this, from 7 July 2011, testifies:- 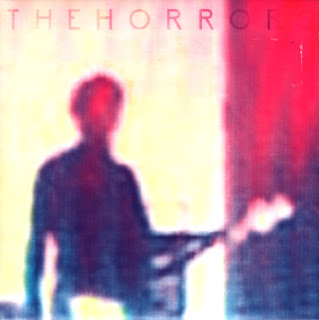 OK. So they don’t do anything us 40-somethings havent heard before, but they do it so well.

And if I was 30 years younger I wouldn’t be ashamed to think The Horrors were the saviours of rock’n’roll. And I’d be angry that they are another who don’t get the chart success they deserve.

The single was released in May 2009 just a week after the LP Primary Colours. The single was a flop and the album peaked at #25. Their new LP is out next week……Comrade Colin has said it’s a belter and he’s always a great judge when it comes to these things.

mp3 : The Horrors – You Could Never Tell

** the mp3s with the original post back in 2011 were lifted from the CD album.  This time round, thanks to Drew gifting me this particular single when we hooked up last year, they’re from the vinyl.