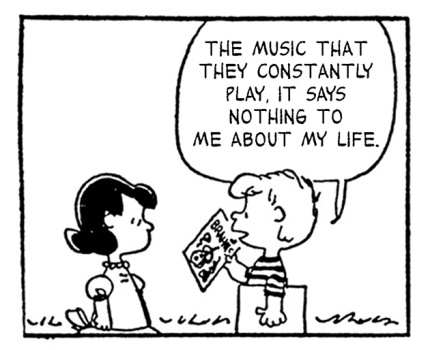 I mentioned last week about how those who influence others inevitably get the cover version treatment and illustrated it with some Leonard Cohen. This week I’m going for a band a little closer to who and whose fanatics seem to grow increasingly by the year despite there being absolutely no chance of a reformation. I did feature Maydrim and his/their take on Shakespeare’s Sister. Here’s a few more unusual takes, this time all featuring female lead vocalists:-

VV Brown back in 2008/9 was being tipped for stardom by many. She was described, when she burst onto the scene as being a singer-songwriter who sounded nothing like the other singer songwriters who held sway at the time such as Adele, Amy Winehouse and Duffy, thanks to a sound that mixed R&B, electronica and cartoon pop. It also helped in the scarily sexist music industry, that she was a statuesque six-foot tall beauty who brought to mind the style of a late 70s Grace Jones. However, other than one Top 20 single and a Top 30 album back in 2009, she has never quite fulfilled the promise. This cover, with its nod to A-Ha, gives you an idea of what she was laying down.

Janice Whaley is a Californian singer-songwriter who, back in 2010, announced a plan to record, in a capella style,every song by The Smiths over the course of a year. There were up to 30 vocal layers created on the songs, depending on the complexity of the original instrumentation, and took a lot of studio time which was largely paid for by crowdfunding efforts. Some of the results work better than others.

Dylan In The Movies, named after a Belle & Sebastian song, is the non-de-plume of singer and multi-instrumentalist Brian Sullivan, who is from Boston. He’s occasionally called on the services of a number of better known singers to take the lead on some songs, and in this instance, for a contribution to a Smiths tribute LP, he enlisted Tanya Donelly.

Wee bit of a trades description breach with London-based Vanilla Swingers in that there are two vocalists, only one of who is female. They comprise Anne Gilpin and Miles Jackson who’ve been active since 2008 but so far seem to have released just one LP ,this Smiths cover and a download-only EP of acoustic versions of My Bloody Valentine songs released in early 2016.