An Imaginary Compilation Album – The Fall (of the 80s, with Brix [mostly])
Hybrid Soc Prof : Your Dreaming-of-Face-2-Face-Classes-in-the-Fall Correspondent 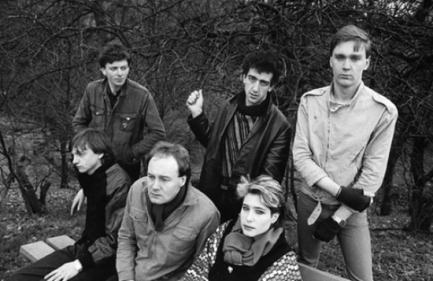 HSP, in his accompanying e-mail, acknowledged this was far from the first ICA for The Fall and that tracks in this would may well have appeared previously. The thing is, that doesn’t matter in the slightest. An ICA is just one person’s suggestion of a ‘perfect’ album and there is no question that others will have their own thoughts. So, if anybody out there has given thought to making a submission, but refrained from doing so on the basis that ‘it’s been done already’, then fear not…….

Back now, to our dear friend who is stuck at home in Michigan…….

If it’s next to impossible to write about Television, it is beyond impossible to say anything new about The Fall. I’ll make it quick.

I wanted The Minutemen to be my favorite band of the 80s, but D. Boon died. I wanted the Dream Syndicate to be my favorite band of the 80s, but the precipitous decline after Out of the Grey in ’86 did that in… to my mind, the same thing happened to The Replacements, after Tim. All this might have led Sonic Youth to take that spot at the top but, while their records got better and better across the decade, I deeply appreciated them but didn’t love ‘em. Other bands appeared early or showed up late and the Feelies didn’t release enough music to qualify. It’s not that this all “left” to top spot to The Fall since a better run of recordings – from Perverted by Language (1983) to the Frenz Experiment (1988) – is beyond rare, it’s simply to lay out who else I thought might have challenged to the decade.

My introduction to the band came via The Wonderful and Frightening World of… in 1984, once again lionized by Robert Palmer in the NY Times. It was the first record I can remember buying, putting on the turntable, and asking myself what the hell THIS was. And not because I liked it. I didn’t like it. At all. I almost hated it. But it was weirdly intriguing. So, I put it on again a few days later. I mean, really, “Bug Day”?! The previous summer, after about a month cycling all over northern England and Scotland, I’d come down Lewis and Harris and done my requisite shite day in cold rain on Skye before stayed in Kyle of Lochalsh and Mallaig… The next day, a warm, late July day with not wind, I’d ridden to Oban, solo. “Bug Day” brought back memories of cycling through stagnant air infested with midges and flies (and then a nightmare evening of well-off tourists with screaming kids at the Grade 1 Hostel.)

The third listen “2 By 4” and “Slang King” verged on enjoyable and by the 10th spin I was playing it almost daily. The only other album that’s rewarded me that way is the Danny and Dusty LP, The Lost Weekend, which I at least thought I should like given who wrote and played on it.

I bought the rest of the 80s records as they came out, and went back and picked up older releases finding very little I didn’t enjoy a lot. I collected about 23 songs to consider and then decided to bounce back and forth across the decade until arriving at the center – and I do think the This Nation’s Saving Grace and Bend Sinister are just wonderful.

PS: It is in fact, Demo Suzuki – from the 3CD re-release of This Nation’s Saving Grace… it’s rare that I like demos more than final products but in this case I do.

PPS: I’ll note that The Fall were the worst live show I have ever seen. Diane and I saw them in Boston in the early 90s and not only was Mark almost fall-down drunk and indifferent but, as far as we could tell not one in the band wanted to be there that night. Among my biggest disappointments.

JC adds….as a way of an outro.

I had a short post all written up on New Big Prinz in which I dared to suggest its tune owed something to Rock’N’Roll (Part 2) by the now disgraced Gary Glitter……any thoughts???