A GUEST POSTING by WALTER 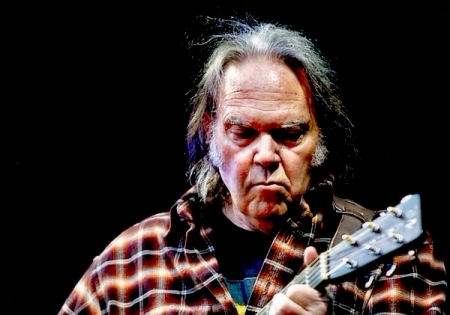 As the opening line of the piece indicates, this should have appeared weeks ago.  It got lost somewhere along the line, but thankfully, after a quick exchange of emails between Glasgow and Stuttgart, it was all sorted out.  Here’s Walter, the sage of the consistently excellent and very diverse, A Few Good Times In My Life.

Inspired by the post of Adam a few days ago and your post last week I decided to realize another ICA of Neil Young over the weekend. And I have to say that it was a difficult work. Not only to select ten songs from an over 40 years old career, it was also a hard work not to name the same songs you did. But finally it should be my ICA and I think it is legitimate to name some songs of your choice in my selection. On the other hand, I thought about to select songs from his pre-solo career with Buffalo Springfield or CSN&Y. But finally I decided to take the songs from the days of his early recordings in the late 60’s to his 1990 classic Ragged Glory. I think I don’t have to say much about Mr. Young so let’s start:

The first song on the electric side of Rust Never Sleeps shows how to combine a story about the death of a young Indian with his electric guitar. Neil recorded this song a few years previous as a solo version and handed it to Ronnie Van Zant, but he couldn’t record it because he died in an airplane crash in 1977. The lyrics at the end of the song will never be forgotten:

Just think of me as one you never figured
Would fade away so young
With so much left undone
Remember me to my love; I know I’ll miss her

2. Cinnamon Girl (from Everybody Knows This Is Nowhere, 1969)

On his second album, he left the folk road and chose that heavy sound he got famous for. This song has one of those classic riffs many other artists would die for. But it was not only the sound that makes this song so special, it was also the arrangement of Neil Young’s and Danny Whitten‘s vocals that I could name nearly perfect.

Originally released as flip-side of Cinnamon Girl and The Loner, it is one of those songs he recorded many times during his history. I like this version because it shows Neil while he was obviously in good health and in a good mood making conversations with the audience and starting the song solo a second time.

4. Winterlong (from Decade a sampler of his early years)

“I thought about it a lot. There’s some kind of commitment to trying to find the ultimate performance of it. I certainly love the arrangement of the song. There’s not really a chorus in the song, but it sounds like a really chorus-y song. It has very classic/traditional kind of chord shapes in it, like ’50s rock, but it has a much more nuanced arrangement than you would think, kind of like a Roy Orbison song or something like that.”

Written after the deaths of Danny Whitten and roadie Bruce Berry, he wrote a song while he struggled about their deaths from drug overdoses. The death of the companions certainly contributed to Young’s publication of the dark, depressed masterpieces in the following years.

This song is the highlight of this album and probably one of the best live songs of all times, and describes the brutality of Hernán Cortez, the Spanish conqueror of the Aztec Empire. Neil Young shows his very own sight of the history and how Cortez destroyed a high class culture because the Aztecs were peaceful and representing a sort of utopian non-violent society. And this is another great song about peace and love.

Just another great song about a lost love, representing the other side of him. It is not easy to put great feelings in a few verses. And this one is simply superb.

A song with references to Charles Manson and his family who met Young in the days when he also lived in Topanga Canyon. You can discuss if it is necessary to write a song inspired by Manson or not, but probably one reason might be because it was a depressive day Neil had to go through. Anyway, assisted by The Band’s rhythm section and David Crosby on guitar he made one of his greatest songs ever.

With this album, he returned into the sound he explored in the days of Everybody Knows This Is Nowhere and Zuma. It was an album I didn’t expected from him, and he shows (especially in this song) that he wasn’t to old to show some grunge and garage bands how to play guitar dominated music.

For me the better version than the electric one Into The Black and perfect to finish this ICA. A lot of things I like is in this song. And the lyrics are epic.