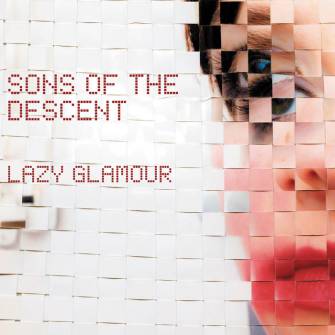 It was back on 30 May 2017 that Jacques the Kipper took over this little corner of the internet to compose a glowing review of the debut album from Sons Of The Descent in which he offered as short commentary on all 11 of its tracks.

You won’t be too surprised that I picked up the album on the basis of his review and I also accompanied him along to see the band’s live debut when they were the main support to The Wendys at a gig in Glasgow back in September.

I’m delighted to say that the album more than lives up to the praise heaped on it by my sparring partner while the duo of Hugh Duggie (ex Foil) and Ian White (ex Wendys) brought all their considerable experience to bear to deliver great live renditions of the standout tracks.

I’m sure you won’t mind if I do simply reproduce much of what JtK said back in May, along with a few other cut’n’ pastes of other reviews:-

“What do you expect when a member of best-known-in-the-90s indie band, The Wendys teams up with a former member of late-90s noiseniks, Foil, to make music? Probably not an album that contains more hooks than Vinnie Jones’s rucksack on a wild fishing weekend. But that is indeed what has happened on Lazy Glamour, the first album by Sons of the Descent, a self-produced masterpiece of electronica and guitars.” (The New Vinyl Villain)

“Edinburgh’s Sons Of The Descent have released their brilliant debut album, Lazy Glamour. With influences on the album as diverse as David Bowie, Happy Mondays and Wire you will not be disappointed with this monster groove cauldron of an album.” (Louder Than War)

“Old pop groups may fade away, but what of those who never quite became ‘stars’? Plenty of acts remain independent and making music for, well, the love of it, we assume. This duo were, respectively, signed to mega-indies Factory and Mute, and their 10 tracks follow in those footsteps – mixing the introspective (some might say doominess) of the Manc mega label with shades of electronic pop that spawned the likes of Depeche Mode. In truth we’ve no idea where they’ve been since the 1980s, but they’re welcome back any time.” (Is This Music?)

“Hugh Duggie and Ian White are the waggish brains behind this low-key smorgasbord of quietly crafted off-kilter pop gems. The effect of such pick-and-mix diversity is akin to turning the pages of a collection of fictional miniatures culled from a twilight zone occupied by Hogarthian pub bores and other animals. A textured subtlety peppers every song, some laced with a sly, dry-as-bone wit to offset the darkness.” (Product Magazine)

Again, the album is available via bandcamp, as a digital release for £8 or as a CD for £10, sums of money you won’t regret spending. You can also listen to all ten tracks to try before you buy. Click here

This is the album opener

“If you enjoy a bit of Mark E Smith style vocalising over the first of those hooks I talked about, then I reckon you’ll like Hugh imploring you to “Look At The Sky”. Notable also for the first use of “Englandshire” in a song – that I’m aware of anyway. Also the source of the album title.” (Jacques the Kipper)

A GUEST POSTING FROM JACQUES THE KIPPER 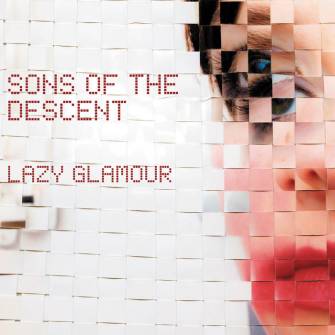 First of all…some info via Bandcamp.

Edinburgh duo Hugh Duggie and Ian White are ex Factory Records and ex Mute artists, and between them they were in the Wendys, Foil, and Lowlife. It is all about the electronica, and the guitars, and the songs. Think Beck, Wolfgang Press, for starters, maybe the Beta Band and even Lemon Jelly. All songs are written, performed, and produced by Ian and Hugh, for their own Brawsome Productions

What do you expect when a member of best-known-in-the-90s indie band, The Wendys (by the way, they’re back – go see), teams up with a former member of late-90s noiseniks, Foil, to make music? Probably not an album that contains more hooks than Vinnie Jones’s rucksack on a wild fishing weekend. But that is indeed what has happened on Lazy Glamour, the first album by Sons of the Descent, a self-produced masterpiece of electronica and guitars. An album that only exists due to a chance re-meeting.

What follows is a whistle-stop tour. Beware though, because while there is undoubtedly lazy glamour, what follows will also include lazy comparisons. Designed only, in my defence, to allow you the potential listener who may have limited knowledge of their oeuvre to be persuaded of its merits. Originally, and obviously, I’d intended this be on the streets to coincide with the official release of the album. The fact that it’s blatantly not says much about the demands of my work in recent times. But. But. But. That extra time means the following is a considered opinion. The result of many listens. The confirmation of an enduringly good album.

In this modern world of downloads, I’m not sure if “double A-sides” still exist, but up first on the album is one of two taster tracks released earlier in the year as a download single. At the time it garnered attention from Radios 6 and Scotland and, to my ears, remains as good as when I first heard it. If you enjoy a bit of Mark E Smith style vocalising over the first of those hooks I talked about, then I reckon you’ll like Hugh imploring you to “Look At The Sky”. Notable also for the first use of “Englandshire” in a song – that I’m aware of anyway. Also the source of the album title.

Second up is the song that was available to all us anoraks through at least one well-known streaming site last year. “You Don’t Have To Know My Name” impressed me then and it has lost none of its sparkle since. Downbeat but not down beats.

“Dolphin And Elm”, as some may guess from the title, deals with paedophilia. Two separate addresses where a number of well-known individuals not so allegedly gathered for regular sexual abuse of minors. It makes me uncomfortable to suggest that such serious subject matter should make for one of the best tracks on the album, but not as uncomfortable as I feel every time I hear the sexual undertones of Hugh whispering “Can you see what it is yet” near the end. Truly disturbing.

Next up comes what used to be described as the current single. It’s worth tracking down the promo for “Situation In Your Head” as it’s so simple yet so right for this particular song. Two men with phones in a living room. Sort of. No prizes for guessing that this is a song about paranoia.

Beware – there’s another lazy reference coming. “Reports From The Colonies” is a song that immediately makes me think Divine Comedy. From the title to the singing, particularly that damn annoyingly catchy chorus. This for me is a good thing.

“Golden Misfits” on the other hand reminds me of the Stone Roses. Again, not a bad thing. Just a beauteous bundle of early 90s spaced out sexiness.

“Flighty” was the other half of that double A-side I talked of earlier. For me, it remains the better track of the two. Pop electronica twiddling with what used to be described as a soaring chorus.

“Charisma Sans Charlie” is aptly titled when you hear the bonus track on the Bandcamp version of the album. That version is avec Charlie, albeit confusingly it is singularly titled “Charisma”. I’ll leave you to guess who the sampled Charlie actually is. Honesty being the best policy, I’ll admit that I prefer the original(??) sampled version. On both, a strum and keening guitar combines with a spoken vocal. And then there’s that chorus. Hands aloft.

I saw someone compare “Harm Is No Answer” to Captain Beefheart. Being a poppy kinda guy, I’d say it’s better than that! More early 80s Cherry Red experimentalism for me. A song for which the adjective ‘scratchy’ is made.

“My Mind Will Shine” is my favourite song on the album. In some ways the most conventional song, in others not at all. There’s so much happening over the course of this. Repetitive beats yes but repeated listens, even more so. Be good to us and we’ll be good to you, indeed.

So, let me tell ya ‘ bout “Deep Sea Buffalo (Theme From “This Is The Winter”)”, which ends the physical version of the album. A splendid bit of wigging out that in days of yore would have attracted an Oakenfold remix. A real legal high to end on.

And that’s it. One of my favourite albums of this year. I can confirm that already. Oh, and all the way through the review without one use of the word ‘braw’.

mp3 : Sons Of The Descent – You Don’t Have To Know My Name

And if you want to get a short sample of all the tracks…..