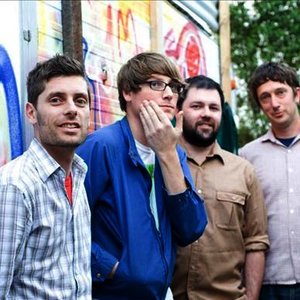 One of the things I like most about doing all this is the feedback and contributions from others.  There’s been hundreds of you left behind comments at some point in time while many of you have gone that bit further and offered to make one or more guest postings.

I’m thrilled that two readers got back to me the other week – both of them from America (and I can’t quite believe that I have so many folk visit T(n)VV from that great country on a regular basis) – in response to my asking if anyone wanted to put together an imaginary album by The Lucksmiths as I didn’t know enough about them or have enough of their songs to do it justice.

The first has come in courtesy of Eric who lives away over in Oakland on the west coast many many time zones removed from Glasgow.  It’s pretty wonderful (albeit he has gone with a compilation CD approach rather than giving himself the torture of trying to do a 10-track vinyl album!!!).  In his covering e-mail he said

Hi Jim,
I did it! I think you might regret that last statement. It’s so long. Once I started going I just couldn’t stop. So feel free to edit or send it back to me to edit. I won’t be hurt. The process itself was worth it. Thanks!
Eric

There is no way I’d ever dream of sending anything back or editing it down on my own accord.  Besides, as Eric points out, this was band akin with the CD-only era and 15 songs were atypical of any release.

So here, without prejudice, are the words Eric has so kindly contributed today:-

I first became aware of the Lucksmiths in the 90s through a little file-sharing ring my sister set up. They quickly became a favorite and provided a private soundtrack to my 30s. I say private because I honestly can’t remember hearing them played on any radio or media in the SF Bay Area. Still, their shows here were always well attended, so I know people were buying their CDs (yeah, mostly CDs, their prime was right at that vinyl nadir when so many recordings came on CD only). I always thought they must be massive in their home country. Every time I’d meet an Australian I’d bring up the Lucksmiths. In all but one case I was met with a blank stare.

Whatever the success or failures of the band, they managed to produce quite a catalogue: 11 albums, 3 EPs and a handful of 45s and other singles. Thankfully the entire body of work is available on Spotify. I just spent two weeks annoying my co-workers with endless humming and singing in the hallways as I remembered song after song.

I never realized how hard these imaginary LPs were until I had to do it myself. I allowed myself 15 songs, which might seem excessive, but it’s on par with the albums of their heyday. I remember reading a review of their posthumous “greatest hits” compilation that called two hours of their word play and tweeness maddening. As much as I love them, I can see the point. An hour with the boys is a good stretch, and of course some of their finer moments come in tight 3 minutes pops.

1. The Golden Age of Aviation

I mean come on, it literally starts with the words “Hello everybody!” Unabashedly upbeat in the face of a disintegrating relationship, the song is a great Lucksmiths primer, full of overlaid metaphors and clever wordplay.

2. There Is a Boy That Never Goes Out

This one is just fun, and it brings to mind their name-checked heroes. I always thought it was funny that they so identified with the Smiths. They feel like totally different animals. Where the Smiths were constantly swinging for the fences, the Lucksmiths seemed perfectly content to play small ball; a double here a single there, sacrifice to bring a man home.

3. Southernmost
Quite simply my favorite opening lyric of any of their songs. The whole verse builds to such a satisfying couplet. I’m tempted to include it here, but I think it’s better heard than read.

The Lucksmiths released a number of one-off and tour singles, something I wish more bands would do. Of course they were totally prescient. My local record shop now sells scores of vintage cassettes. I guess Vinyl just isn’t hipster enough anymore…

Maybe my favorite song of all time. If you don’t feel like an hour of these boys, just start with this one. Great economy of language in a perfectly understated setting. Oh and somehow uplifting and melancholy at the same time. This one has it all!

The thing that drew me in to the Lucksmiths was their uncanny ability to articulate little moments of life. This has happened to me and I don’t think I’ve ever heard another person write a song about it, let alone a catchy clever one.

7. The Chapter in Your Life Entitled San Francisco

I was very fortunate to be in the SF Bay Area during the Lucksmiths run. They came here a lot, way more than my favorite UK and European bands of the time. In 2005 they released a love letter to San Francisco. All the songs had some sort of Bay Area connection. I read later that they felt like my home was their second home. Cheers to that.

8. I Prefer the Twentieth Century

I remember in 1999 a number of bands were trying to write the perfect millennial song. I can’t remember a single one of those, but 15 years later I find myself humming this one. According to Discogs “Produced for a New Years Eve gig in Melbourne featuring the bands. All songs recorded December 2000.“ There’s a comment on the Discogs page, purportedly from one of the other bands on the bill: Guy Blackman of Sleepy Township: “I think we sold 17 on the night. We should have just given them away.” I don’t know how but I somehow ended up with two of these. They must have done just that on their subsequent gigs.

This is easily the most popular and well-known Lucksmiths song (and the one that inspired this post). It’s perfectly timed for the coming of spring and can be heard emanating from me as I tool around town on my own bike.

“First things first I have a happy secret.” For the longest time that secret was this great band called the Lucksmiths. The boys always knew how to open an album.

11. Wyoming
The song that started it all for me. I had just driven cross-country a few years before hearing this song. I remember being shocked a how well a band from halfway around the world so perfectly captured my experience of Big Sky Country.

There aren’t any songs here from their early albums. It’s not that there isn’t great stuff there, it’s just that the 1997-onward material is so great. I always feel like it’s nice to have a palate cleanser in an album so why not this one. Also Jennifer Jason Leigh, amiright?

13.The Invention of Ordinary Everyday Things

“She’s telling me she’s tired of relationships / And I’m bending bits of wire in to paperclips.” I think we’ve all been there.

I love a band that can seamlessly work in a word like heliolithic. As a camera-shy person myself I listen to this song and am immediately transported to umpteen memories.

15. The Year of Driving Languorously

So many of these songs deal with long distance relationships. It seems fitting to end with the Lucksmiths driving us to the airport to fly who-knows-where maybe never to come back. We want to believe this will go on forever, but we both know it won’t. So we find excuses to avoid talking because if we start talking we’ll have to acknowledge it. The song is all the more heartbreaking due to the relentlessly upbeat setting.

Ok that’s the album, but I want to include an imaginary 45 as well.

The Lucksmiths wrote one of my favorite Christmas songs, but I hate it when bands include holiday material on their regular releases. It just ruins the mood when I’m listening to the album in April. On the B-side, a song that just guts me every time I hear it. I just couldn’t get it in to the imaginary LP because everything about it just screams B-side. I can’t explain it, but here it is as the B-Side of my imaginary 45.

A. The Thought That Counts

Woah! That got very long very fast. If you made it all the way here then cheers. If any Lucksmiths fans out there are wondering why there’s nothing here from their final album, First Frost, it’s kinda the same story as the early albums. It’s not a bad album, it’s just that the other stuff is so good. My last Lucksmiths show came during the First Frost promotional tour and you could just feel that the boys were tired. 16 years is a long time to do anything, so it wasn’t a total shock when they called it a day.

Thanks JC for prompting this little trip down memory lane. The last few weeks have been a total joy, and it’s great having all these songs in my head again. I also want to give props for the imaginary album idea. It’s so much more satisfying than a greatest hits or singles album. There are great album tracks that never make it on to those things, and they are often too long and disjointed.

OK. One more PS, secret track, whatever… It’s Good Friday as I write so this song has been coursing through my head all day. I just missed the Imaginary LP cut for being a little to similar to The Great Dividing Range. That said it does contain one of my favorite Lucksmiths stanzas.

Hidden track : Guess How Much I Love You

I know this isn’t how you usually do things, but I created a Spotify playlist incase you want to use it. I found tool invaluable in creating the imaginary LP.

At a pinch, Eric has tripled the number of songs by The Lucksmiths that I have the good fortune to have in the collection.  They really are/were a very fine band.  And here’s my old-fashioned way of making the songs available:-

mp3 : The Lucksmiths – Guess How Much I Love You 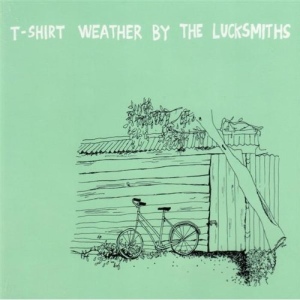 Until I started blogging, I knew absolutely nothing about The Lucksmiths. I still don’t know all that much about them but I have, magpie like, stolen a few of their songs from various other blogs over the years. This was a band who came together in Melbourne in 1993 and released eleven albums before calling it a day in 2009. Having become familiar with them only just as they were breaking-up I can only scratch my head in wonderment as to how I had missed out on a band who made such magnificent music that at times reminds me in some shape or form of Go-Betweens, Aztec Camera, Belle & Sebastian, Lloyd Cole, The Smiths, The Housemartins, Orange Juice and Trash Can Sinatras. Lyrically….there are tracks that are worthy of Billy Bragg.

A band who should have been so obvious to me and yet I missed them.

Back in 2000, they released these two perfectly formed pieces of pop as a single:-

They also during their career take a decent stab at the Smiths classic:-

mp3 : The Lucksmiths – There Is A Light That Never Goes Out

But they also recorded their own tribute:-

mp3 : The Lucksmiths – There Is A Boy Who Never Goes Out

Does any reader who knows more about the band fancy contributing a posting? Perhaps as part of the Imaginary Albums series?