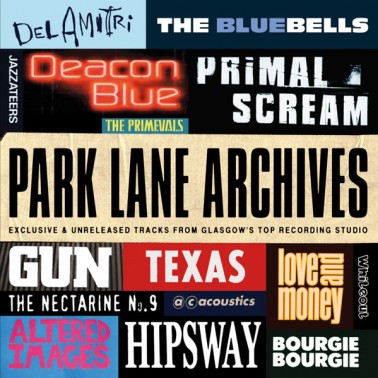 “Park Lane Studio in Glasgow was host to many young bands in the 80’s, often making their first recordings and still seeking a record deal. Some became successful, and a vibrant scene soon developed centred around the studio.
Now the studio archives have been prised open and a treasure trove of fascinating and unreleased tapes discovered. This album offers a unique glimpse into the history of the studio and the bands that recorded there.”

Track 16 on this compilation, released in 2009, is, to the best of my knowledge, the only recording by the band in question:-

The Petted Lips: an unsigned band featuring Park Lane studio manager Fiona Palmer together with John Palmer who played with Deacon Blue, and others. Fiona’s brother Graeme Duffin is a member of Wet Wet Wet, who provided the studio with their first number-one single – their Childline benefit song ‘With A Little Help From My Friends’ came out of Park Lane.

mp3: The Petted Lips – Somebody

It’s got that early-mid 80s feel about it, not far removed from the likes of Sunset Gun or His Latest Flame, who both got signed by major labels.

I’ve hunted high and low but can’t find any mention of The Petted Lips outside of the booklet that accompanied the release of this CD.