ANOTHER THAT PASSED ME BY….. 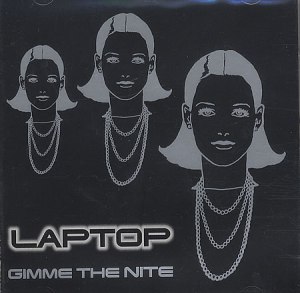 I’ve mentioned more than a few times that back in the late 80s I gave up on music for a while. It was all to do with big changes in my personal circumstances, but for maybe the best part of 2 years, I was well out of touch with things.

It was a developing friendship with a marginally younger, new colleague at work (you know him best as Jacques the Kipper) that helped get me back on track as he supplied me with all sorts of cassettes with songs from that era to help fill in the gaps. In return, he got some tapes from me with some of the obscure nonsense I had listened to.

The swapping of tapes was something we did about once every two months, but it all came to a halt when my mate settled down with a wife and kids. Not that he stopped listening to great new music, just that he had hardly any time to create musical masterpieces.

A few years later, he handed me a CD with the words…’there’s some stuff on this I know you’ll like.’ And he was right. One of the tracks was this:-

Released back in 1998, Laptop was the name under which Jesse Hartman recorded for a short while. Now if like me this still means nothing, well maybe all of this, taken from his myspace page will help:-

Hartman is a musician and filmmaker who lives in New York. He made two albums as Sammy and three as Laptop (www.laptopic.com), but now just goes by Jesse Hartman. The press says it best: “Imagine Leonard Cohen’s “I’m Your Man” remixed by Devo — Hartman, like Cohen, possesses that rare and treasurable knack of writing genuinely funny songs that are not novelty pop. This is because Hartman has a rarefied understanding of the truth.” -The Independent, London

“Hartman has the semi-detached, cinematic-sociophobic world view of a Woody Allen character, The 1964 Mick Jagger reincarnated as a computer nerd.” -The Guardian

So heartbreakingly piquant are his lyrics and so tragicomically true his world-view, you wonder how he can be an American. Mischievous, snarling New York synth-pop genius Jesse Hartman, is one of the few artists that the whole Time Out music section can agree on. We’re mad about the boy.” -Time Out London

“Bitter, bitchy and as witty as a younger computer-literate Woody Allen, a ‘Users Guide’ to your 20’s…Quietly brilliant.” -Q Magazine;

Clearly he was a hit with certain music journalists. The record buying public seemed to say differently as his music sold in very small numbers.

Oh and here’s the two other tracks on the single:-