I’m delighted that another regular reader and occasional commentator has taken up the opportunity to make a contribution to the series.  Jules who is behind the blog Music from Magazines gives us his thoughts on the wonderful world of Lambchop:-

Where does one start with a Lambchop imaginary album? not “I sucked my bosses dick” lyrically fine but a tad naive musically.

Lets start with what else… an overture. written as part of score to played live to accompany the film Sunrise (1927). The film was directed by F.W. Murnau probably more famous for Nosferatu (1922).

I’VE BEEN LONELY FOR SO LONG

Many years ago I worked in a pub with a CD juke box, was able to burn CDs and had the keys to said juke box (lucky customers) but one track that got a loads of plays at end of an evening was this cracking cover of Fredrick Knights southern soul classic from 1972.

mp3 : Lambchop – I’ve Been Lonely For So Long

NIXON is such an amazing album it could be the dream LAMBCHOP compilation on its own, but that would be a tad silly and defeat the whole point of this excercise. On a classy holiday in Teneriffe I had Nixon and The Mountain by Steve Earle on my CD walkman all the time, The number that wormed its way in though was The Old Gold Shoe.

To be honest dont often understand the lyrics, but they are funny, last line “think of me as the fifth Beatle”. Also some nice Lambchop trademark background sounds.

This is from Hank, its what Lambchop is about, if you dont like this number then I hate to be the bringer of bad news but a lot of there stuff is very similar.

Me, I think its sodding brilliant both lyricly and musicly.

Absolutly gourgeous song to end side 1.

Starts with the usual Kurt Wagner lyrics that confuse people like me (Love? Loss? Longing? buggered if I know) and then morphs into a lovely lazy skank.

THE DECLINE OF COUNTRY AND WESTERN CIVILIZATION

A review of this track (from the Prepared album) if my memory serves me right, said it was like a punk number amongst the quite; well they had a point, it comes in with a bang naming the total shitbag scumsucking filth that was Nathan Bedford Forrest. moves on to more Wagner rants and then turns into a love song at the end….I think.

mp3 : Lambchop – The Decline of Country and Western Civilization

Realesed an album called “How I Quit Smoking” then later released a song with the line ” Im smoking again”. Patches might have helped.

Nonetheless this is great pop song.

UNDER THE SAME MOON

More to the the point I think I understand the words.

The Boo Hoo bits at the end have thrown me a bit though.

mp3 : Lambchop – Under The Same Moon

UP WITH PEOPLE (LIVE)

Because if you have got this far you will expect nothing less.

Not one to quote The ToryGraph regulary but I was there, and its true….

“The power to still a beery crowd with beauty”

“Backed by just string quartet and bassist, with a beautiful song for his wife. Wherever he may be creatively, he had the power to still a room and touch everyone in it very deeply.”   Andrew Perry

And yes it is a truly Beautiful song.

And yes I was truly Beery.

And yes I shed a tear.

p.s. the line “Gomer Pyle was just a man” refers to a TV character played by (you guessed it) Jim Nabors. 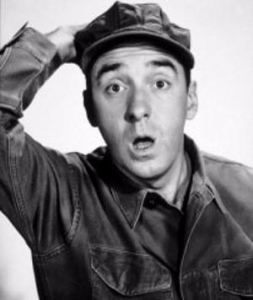