A guest contribution from xxxjim 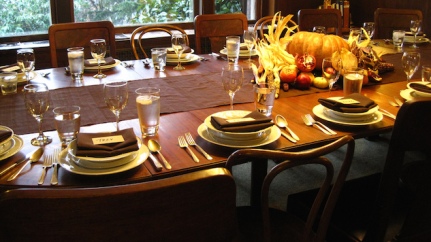 This is a change from an imaginary compilation, but I’m pretty sure I could do one for almost every singer/band mentioned – now there’s a challenge!

Anyway, a comment made a while ago got me thinking. It was on a Wedding Present / Cinerama related posting and it was along the lines of David Gedge being someone that the commenter, paulb3015 would most like as a friend.

I know it’s never a good idea to meet your heroes but I still think it would be great to spend an evening in the company of these musicians. I guess they all seem quite approachable to me and the sort of people that have a lot of stories and would be fun to be around.

So I give you the eight musicians I’d love to spend an evening with, be it for a beer or two or a meal all round a table, shooting the breeze. Eight seems about the right number – enough that you’d get to talk to everyone but not too many that no one can hear what anyone else is saying. And it would have to be the right mix of musicians – not too many egos.

They are not necessarily my all time favourite musicians or my favourite bands – in some cases they are – I just think they are all interesting people. One thing a lot of them have in common is that they like to tell a story when you see them live – I know that it can be the same story every night but as long as it seems like it’s off the cuff, I’m happy with that.

I haven’t worked out a seating plan but obviously there’s be two seats reserved for Mr and Mrs Vinyl Villain.

Her music has been a constant in my life since I was about 18 – I’ve kind of grown up with her. I’m not an obsessive fan but I do try and see her whenever she performs. One of only two famous people to reply to me on Twitter (not that I use it very often), which makes her an all round nice person. (The other one was David Gedge)

Because he seems like a good bloke – a lot of The Decemberists’ songs are stories and he spins a good yarn on stage so I’m sure there would be plenty to talk about.

mp3 : The Decemberists – The Rake’s Song (from ‘The Hazards of Love’ LP)

I don’t need to explain this one – I’m pretty sure that every reader of TVV would want to have a beer with David Gedge.

mp3 : The Wedding Present – Give My Love To Kevin (acoustic) (from ‘George Best (plus)’ LP)

I thought maybe Prince would be entertaining but I imagine everyone would just sit there dumbstruck thinking ‘Bloody hell – it’s Prince’ and no-one saying a word. Either that or he’d play ping pong with everyone and thrash them. But I thought it would be good to have an absolute megastar at the table, and someone much older – and someone who has been a hero of mine since my art student days. He’d bring a touch of wisdom to proceedings and his fantastic gravelly voice. And you never know he might feed us tea and oranges that come all the way from China.

A year ago she wouldn’t have been a dinner guest but her memoir ‘Clothes, Music, Boys’ is great – the best music book I’ve read this year – better than Kim Gordon and better than Eddie Argos (seriously). And she seems like a nice person – and normal. And because I love this song which is one of my favourite songs of the year (even though it came out a while ago, it’s new to me).

Because he took a puppet around America to try and find a Welsh-speaking tribe of native Americans. And he made a powerpoint presentation about it. And an album. And he weaves it all into a great story. And obviously because he is a Super Furry Animal.

The first pop star that I really idolized – about 10 years ago I saw him in a shop and I was too star struck to go and say hello. His memoir is also worth a read.

The second Welshman – he’d make sure that it wasn’t all back slappery and coziness. Plus, if all else fails we can talk about sport – and he can give my daughter tips on applying eyeliner.

Anyway, I hope you like it – and it’s the sort of thing that fits in well on TVV.