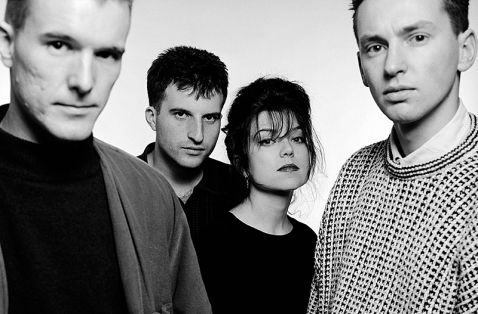 I make no apologies for this re-hash of an old posting for inclusion in this particular series for as debut 45s go, this is about as good as it gets:-

The release of this single capped a meteoric rise, even by indie-band standards. Harriet Wheeler and David Gavurin had met and fallen in love while studying at Bristol University but it was only after they graduated in the late 80s did they contemplate doing anything musically. They worked on a few songs which led to them forming a band with two other friends from university – Paul Brindley and Patrick Hannan – and they scraped together some money for a demo tape that was sent round a few indie labels. There was a fair bit of interest which intensified after the band, all of whom by now were living in London, played a few live gigs. In August 1988, they signed to Rough Trade and just five months later Can’t Be Sure was released to huge acclaim.

It was an era of female-fronted bands, but from the outset there was something different about The Sundays. The debut single was enchanting, melodic and dreamlike in nature, with the vocal style being reminiscent of Elizabeth Fraser albeit the words were much more easily picked out and understood. The music seemed to draw on a huge number of influences from the previous 30 years or so but there were very clear comparisons to be made with The Smiths, particularly on one of the b-side tracks.

The Rough Trade connection also cemented the views of many that at long last there was a group truly worthy of inheriting the fey crown at a time when so many pretenders to the throne were moving towards the dance floor.

The band would be together until 1997 but they were never that prolific, with just three albums and six singles to show for the best part of a decade in the music business. There’s no doubt that they were badly affected by the collapse of Rough Trade in the early 90s that sort of brought a halt to things before they really began while the onset of parenthood for Harriet and David put things on the back-burner in the mid 90s.

I don’t think there’s many would argue that they ever bettered the debut single, although there are gloriously warm and sunny days when I will argue the merits of Summertime, their biggest hit in the UK in 1997. 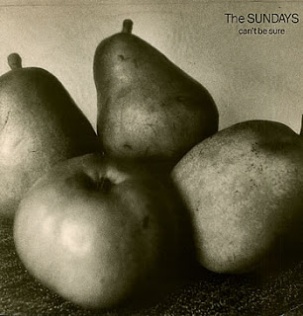 I clicked on The Sundays over at the index on the right hand side of t’blog and discovered that each of the previous two postings had featured the rather splendid dreamy-pop song which is Summertime. Can’t believe that I hadn’t mentioned this before:-

As debuts go, it really is up there with the best of them and proved so popular that it was voted #1 in the 1989 Peel Festive 50 and reached #45 in the UK charts which night not seem all that great but was actually a very good position for most singles released on Rough Trade Records. It has the catalogue number RTT 218 if you’re remotely interested.

One of the b-sides also appeared on the debut LP, Reading Writing and Arithmetic:-

But there’s a real gem tucked away on the 12″. It sounds as if Harriet Wheeler is being backed by messrs Joyce, Marr and Rourke….. 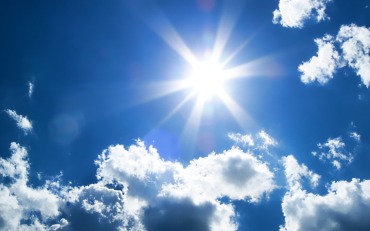 Last week saw much of the UK bask in warm, glorious sunshine and record temperatures. Here in Glasgow it wasn’t quite like that although it seemed pleasant enough and the dry spell was very welcome after what had been a largely damp, dreich and often cold May and June.

The thing is, I didn’t notice it all that much as the good weather coincided with a great deal of sadness in as much as I was at two funerals in the space of 48 hours. The first of them was for a talented young man in his early 20s who was killed in a road accident and the second was for a wonderful lady who wasn’t that far off her 100th birthday but whose latter years were ruined by the onset of various illnesses including dementia.

All the while, the world was coming to terms with the latest of what are increasingly scary terrorist attacks in Tunisia just as we are getting our heads around the horror of the attack on a black church by an extremist in South Carolina in the USA.

I don’t know how the rest of you cope with trauma and adversity but you won’t be surprised to learn that I try to do so through music. And this past few days instead of relying on the shuffle feature of the iPod as I normally do when I’m on my way to work I’ve found myself searching out songs that make me smile and which can form a perfect soundtrack to a normal summer. Here’s four that have stood out:-

Harriet Wheeler and the boys have made more important and indeed essential indietracks but this single from 1997 is a real standout for me partly as it is a perfect love song but mainly because it is so full of warmth and vitality that it is impossible not to smile and sigh as you listen.

A hit single from the summer of 2005. It doesn’t seem as if was as long as ten years ago. A bittersweet break-up song clothed in a ridiculously upbeat and zestful tune. The Magic Numbers never bettered this, their debut single.

I’ve said before that I can be a bit ambivalent about Teenage Fanclub but the thing is, when they’re good, they tend to be exceptionally good. It’s impossible to listen to this and not do a wee imaginary dance in your head as you stare at your fellow commuters.

mp3 : Cats On Fire – I Am The White-Mantled King

I don’t know all that much about pop music and Finland. But I do know that Cats On Fire have been doing tremendous things for well over a decade now and ought to be better known and more appreciated than they are. If they are new to you, then you could do worse than head over to somewhere like youtube and watch some of their wonderful promo videos. This is the opening track to the 2007 LP The Province Complains, a record that every fan of intelligently crafted indie pop should own.

Coming up tomorrow…..something else that cheered me up in the middle of last week. 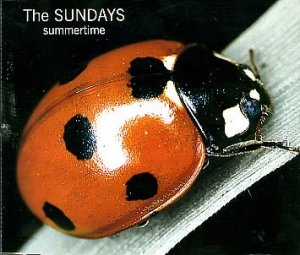 With a squeeze and a sigh and a twinkle in your eye as the sunshine banishes the dark.

A deserved Top 20 hit from 1997, a full eight years after The Sundays had first come to prominence with the indie kids.  I’m more than happy admit that Summertime is more mainstream than indie but I don’t care.  It’s as perfect a love song as has been written and recorded by anyone.

And that’s all I have to say today.