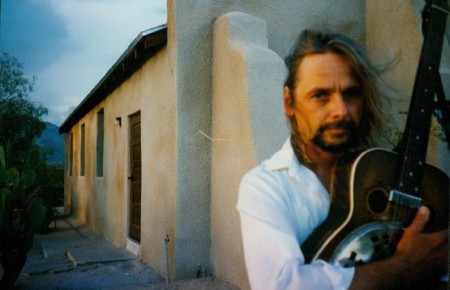 My mom died from her second bout with breast cancer in 1994, the night between Dec. 30 and 31. She apparently didn’t want to see another year… but also waited until Diane and I had gone back to Massachusetts for the New Year. Still haven’t resolved my feelings about not being there… and/or how to understand the prospect of “intent” in that situation.

Nine months later, in September ’95, when Son Volt released Trace, I almost collapsed when I heard “Windfall.” I’d pretty much kept it together in order to complete my PhD and begin to look for a university position and then this song, Jay’s lyrics, his voice, the elegiatic tone… unceasing tears, it was great medicine.

Around that time, in a different context, I’d been one of the relatively few people who’d gotten their hands on Giant Sand’s CD, Glum, when it came out for the first of about four different times, in 1994… only to have Imago fold and the record disappear for a few years. I’d learned that some of what was going on in the writing and recording of the great, but strange, set of songs was that the band – and Howe Gelb, especially – had been helping Rainer, his wife, and daughter deal with his brain cancer, which Rainer beat! That battle and experience were part of what generated the title song and the staggeringly magnificent “Happenstance.”

So, learning of Howe’s devotion to Rainer, I read up on him and searched for efforts in his back catalog – I already had a vague sense of the parts associated with early Giant Sand and The Band of Blacky Ranchette. I discovered there wasn’t much, mostly two records, seven years apart, with Das Combo. At the same time, it was clear that Rainer was criminally unknown.

I could recount Rainer’s history – immigrant kid from East Germany, mostly grew up in Chicago, moved to Tucson, was central in all kinds of ways to the indie music scene, was apparently friends with everyone, etc. – but it’s not really hard to find (he has an Official Site) if you’re more interested and, tbh, I don’t want to write it.

To help pay for his medical costs – how I loathe the fact that the US doesn’t have national health care (didn’t I say that in relation to the Vic Chesnutt ICA?) – a remarkable collection of musicians Robert Plant and Jimmy Page, Emmylou Harris and PJ Harvey, Jonathan Richman and Evan Dando, and Vic Chesnutt and Victoria Williams (the latter two of whom had benefitted from similar efforts tied to the Sweet Relief Foundation) got together and recorded a CD titled The Inner Flame. Rainer was able to play on two of the cuts – they are included here.

You see, after having relearned to use his body, and talk, Rainer had taught himself to play the guitar again, to write songs again, to perform again, to record again. And within a few months of the release of The Inner Flame, the cancer returned, and he died soon thereafter. Some. Things. Just. Aren’t. Right.

If we bracket the fact that the first nine songs on this ICA are REALLY good, mostly blues tinged, some louder, others softer, all intricate… and the man could play steel guitar and electric, what all this has to do with anything is that Rainer wrote the tenth song here. It’s to his wife and daughter. I don’t know when he wrote it, e.g., during the first or second bout with cancer, but it’s a goodbye. The most moving song I’ve ever heard. It makes me cry every time I hear it. So that’s why this ICA.

Rainer was a blues-rocker and the first song – from a live recording, in 1985, at the University of Arizona TV station – is a singular version of Robert Johnson’s “Me and the Devil.” When the band kicks in – oh, that bass – the song finds a deep groove and leaps ahead. “Round and Round” is also live, this time from a tour with Giant Sand in 1986 and part of a re-release/re-recording of The Valley of Rain called Beyond the Valley of Rain (my apologies for not snipping the crowd/interstitial conversation at the end.)

You can hear 1970s ZZ Top in “The Mush Mind Blues”… and, while “Life is Fine” is Rainer’s tune, it returns us to the world of Robert Johnson, only electric guitar instead of steel rules the day. “One Man Crusade” has only one flaw and that is the breathy 1980s organ underneath the cut… I’ve tossed in – as a bonus at the end – Kris McKay’s (see the Michael Hall ICA) version of this wonderful love song. It just might be better than the original.

“21 Years” is the collaboration with Robert Plant, from The Inner Flame… it slows the original down just a tad (as I recall) and deepens the emotions a bit. I’m kind of proud of the transition to “If I Had Possession Over Judgement Day” since – for all the seriousness of the lyrics – I can’t imagine anyone playing the song doing so without smiling. It’s got a locomotive beat and, while it probably doesn’t, feels to me like it accelerates all the way through the finish. It must have been a blast to play “(Making the) Trains (Run on Time),” as well, and that takes us into Rainer’s collaboration with Howe on “The Inner Flame” – their voices always strike me as perfect for one another.

saddest song I heard,
was so beautiful,
and in this light,
you look just like her…

hold me, hold me babe,
just hold me,
keep me warm

everything
should come
from the deepest place

what do I
what do I know about love?

in this burning sun,
we are all one

Those lyrics, the last two-thirds of “The Inner Flame” serve as the introduction to “The Farm.”

The majesty of music is the extent to which it can move us, draw us forward, hold us still, wake us up, help us sleep, leave us bereft with joy and joyously bereft, connect us, release us, and – through moments of sublime wonder – facilitate awe, revelry and flourishing. Rainer gave me, and I hope he gives you, that.

Actually, there is nothing that can or should be added to this ICA.  Thanks for sharing such amazing memories, my friend.