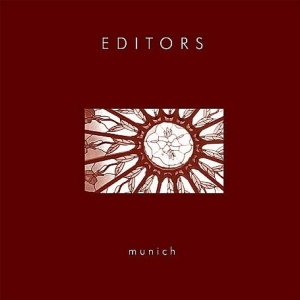 Graham, for those of you who are regulars to this wonderful blog, once called me an idiot because I dissed Nickelback (who are still shit by the way). We had a bit of set to. He got in touch via my old blog and after a bit of an online discussion we settled our differences via e-mail, with me somewhat mellowing when he revealed that he too is very fond of long forgotten early 90s punk poppers Midway Still. Weirdly, Graham is a barrister, he won’t mind me saying that, and so it is perhaps fitting that he chose this CD and I get to relay this story.

Some years ago I was asked to give evidence in a big trial down in Truro. Four excuses of human beings were in court for deception – they had basically conned some old chap out of his life savings, his house, his pension and his life insurance. I won’t go into why I was asked to give evidence, (largely because its pretty irrelevant). The guys were found guilty – and the ringleader was given 14 years at Her Majesty’s Pleasure. He deserved every single day of that sentence. This CD was bought on the day of trip – and yet up until two days after I pulled it out of the box I had never played it!

Returning however, to the story  – I have to drive to the beautiful county town of Cornwall in order to be called to give evidence around 11am (roughly). Its about a two hour drive from my house in Exeter. Halfway down the A30 I get stuck in traffic – those of you who know the A30 will know that some of it in Cornwall is single lane (they are widening it as we speak – some ten years later) and that if you get stuck behind a tractor then you can be delayed for days. This is what had happened to me. The clock was ticking and I was starting to panic. I sent a text message (back in the days before smart phones) to the police officer that I was meeting saying I was delayed and panicked a bit more.

The delay is roughly about an hour and during that time I drive slowly past a field in which two cows (well one bull and one cow) are having energetic and somewhat violent sex. This cheers me up momentarily it cheers me even more when bizarrely it gets mentioned on Radio One about two minutes later by Jo Wiley followed by her playing Jump Around by House of Pain.

Eventually I get to Truro; it’s a beautiful city, full of character and decent shops. It has a hairdressers (or it did) called Jabba the Cutt which almost made me go and get my hair there and then, a greasy spoon called Licenced to Grill and a chippy called Codrophenia – complete with a Mod Fish on a scooter inside the shop. It also has a massive car park right outside the court – which was handy. So I park the car (badly) as I have precisely twenty minutes to get parked, and inside the court. My phone rang about ten minutes ago and the guy said that I would be needed at around 11.30am. It is now 11.10am.

I get to the car park ticket machine and search for the £4 it will cost to park all day. I have – and this sounds like a boast – it isn’t – I got the cash out to pay for a physio session later in the day – £100 in my wallet – all of it in twenties. I have no change, well I have 44p and that is not enough. The machine doesn’t take notes or cards. I swear loudly – and I then realise I have that funny feeling in my groin area. I need a piss. Great.

I look around, I need change, quickly. Then there is a little ‘Halluejah’ noise in my head as I spy a record shop. They will give me change surely.

I run over there and look upon the guy behind the desk and pray that he will be my saviour, that he will be a decent human being and change this bleeding twenty pound note in my hand. Will he? No of course he won’t, he says “you have to buy something first” – what!!– I need change not a bloody CD you feckless jobworth. I didn’t actually say that but I really thought it.

I was already starting to do that little jig that us chaps do when we need the loo badly as well, one foot to the other, like a pissed Michael Flatley. Right I said through gritted teeth, I looked around, there was nothing, I mean nothing remotely of interest in this store in my sight, and now the need of going to the loo was far more important that the change situation, the car park situation or even the evil bastards in cheap suits in the dock. Then I spied a bargain bin, and on top of that was Munich by Editors. So I grabbed it and said I’ll have this. It was 99p. He smiled a cheap smile as I gave him a £20 note.

The rotten bastard then tries to convince me that the CDs in the bin are 3 for 2 if I was interested.

He then gives tries to give me a flyer for some rockabilly night in a pub in Truro next week.

No I said. I don’t live in Truro, I’m just visiting and then for some inexplicable reason I said – I mean I don’t mind a bit of rockabilly in the right circumstances, but a pub in Truro on a Wednesday night in April is probably not it.

“Why not?” he says, and it dawns on me – it’s his rockabilly night and I have just insulted it. I jig some more. I have ten minutes I can probably make it if I can get my change and leg it back to the car park machine, then the loos and then the court. Look, mate, (I try the blokey camaradie that we resort to in awkward situations…), I just need some change, I’m due in court in ten minutes.

He looks at me, and says “well that explains the suit. What have you done?” What….! No I’m giving evidence I say. “Yeah, that’s what they all say” and he hands me a bag with the CD and gives me the change. “I’ll leave the flyer he says, you probably won’t make it eh?”. I offer the cheeky fucker my thanks and leg it. I chuck the CD in the boot – buy a ticket and run up to the court and find the loos. Ten minutes later they call my name and in I go. I am out again in seven minutes.

I then mooch around Truro for a couple of hours – I find the pub where the rockabilly night is on and its awful. It has a giant statue of Elvis outside it. It does serve Doom Bar though which is a bonus.

That CD ‘Munich’ by Editors got its first ever play a few weeks ago when I found the box. I’d sort of forgotten I’d ever bought it. I always thought that their singer was trying too hard to sound like Ian Curtis – but it doesn’t matter who you sound like as long you’re good. This was the second brilliant Editors single, it follows on from the success of Bullets. It has a spine chilling guitar riff that introduces it and some pretty foreboding lyrics ‘I’m so glad I found this’ the singer claims – and I for one agree with him. It would have been messy had I not found this.

What I didn’t realise until I played it is that the B Side to this is a cover version. A punked up balls out rock version of the cutesy Stereolab classic French Disko and it is terrible and doesn’t work. Singing the phrase ‘la resistance’ with a French accent when you are from Birmingham is just pretentious. It ranks up there in the worst covers of all time list, which I’m not compiling.

They have history of this as well, here is there version of the Cure classic Lullaby. Also terrible.

It has some distance to go though to top this…..Probably the worst cover version of all time.

So that was number 1 – there are 20 CDs left in the pile. There will be numbered 1 – 20 because I forget which numbers have been and which haven’t. Feel free to pick a number – or I can just start at the top and work my way down.

Oh and just for Graham – Here’s some Midway Still

See you all later.

I was lucky enough, along with Jacques the Kipper, to catch Editors in the live setting on the tour that was promoting the release of their debut album The Back Room in the summer of 2005.  This would have been a few months before S-WC’s escapades in Truro which would have been April 2006.  Although they had enjoyed a bit of chart exposure and could have cashed-in with a move to a bigger venue, they decided to play at the legendary but relatively small King Tut’s in Glasgow.  The support act was the quite remarkable ¡Forward, Russia! and all-in-all it made for one of the most entertaining gigs I’ve ever been to.  S-WC’s piece made me go back and listen again to The Back Room and I was pleased to discover that it has aged well.

So how come I can date S-WC’s adventures so precisely?  Well, Munich was originally released in April 2005 when it reached #22 in the charts but the record label, keen to cash in on the on-going success enjoyed at the tail end of that year, decided to re-release the single on 2 January 2006.  This time it reached #10  – and it ws the re-release that had the Stereolab cover included. Just call me Sherlock………

S-WC is right about the band not necessarily always getting it right when it comes to covers.  Here’s another two for your enjoyment:-

The latter, to be fair, isn’t all that bad a take on the Prefab Sprout number.

Oh and tune in tomorrow for more S-WC stuff……….