A GUEST POSTING by FRIEND OF RACHEL WORTH 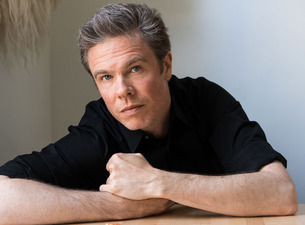 JC writes (again): – For those who may have missed yesterday’post, FoRW suggested this as a double ICA but I felt they were more than worthy of two separate pieces. I’ve kept his intro which is written for both and this is the same intro as yesterday with the first JR feature. Here’s FoRW………..

I’ve never really been into what you would call classic American rock or anything too rootsy. Its only in the last couple of years that the word Americana hasn’t had me running for the hills. Two of the few exceptions are a couple of Joshes that in my mind are forever entwined. I first heard them at roughly the same time with Josh Rouse’s 2nd lp and Josh Ritter’s 3rd lp. Since then subsequent releases seem to arrive at roughly the same time..

They also don’t match the usual profile. Josh Rouse grew up in Nashville but was an anglophile with The Cure and The Smiths his favourite bands. Josh Ritter was largely ignored in his home country and found his audience first in Ireland. For ages I assumed he was Irish and just sang with an American accent. So intertwined in my mind that I’ve ended up doing a double ICA LP. The ICA is from when I first came across them both. Both Josh Rouse’s Dressed up Like Nebraska and Josh Ritter’s Golden Age of Radio (for some reason I never bothered to track down his debut) have some good points but both took a big leap with their next albums.

Josh Rouse has made the VV before and Winter in the Hamptons was very close to making the list.

Josh Ritter hasn’t yet graced VV and I am guessing he is going to be more divisive. Hopefully there’s a tune or two that talks to a few.

Snow is Gone from Hello Starling. Produced by the guitarist from Irish band The Frames , the LP got to number 2 in the Irish charts and was featured on a lot of Irish based blogs I was reading at the time. It is full of great sing along songs with a production that reminded me of a lot of Irish records I liked at the time. There about 5 or 6 tracks that could have made the ICA but this one never fails to get me shouting along to the chorus when driving

Wolves from The Animal Years : The songs from this follow up to Hello Starling are loosely based on the life and books of Mark Twain. Another galloping chorus. I guess we all have our own wolves

Right Moves from The Historical Conquests : Something about this is so rooted in American classic songs that my first thought was that this was a cover. A broader sound palette with a bit of a kitchen sink production style. Keeping to the theme , another rollicking chorus

A Girl in the War from The Animal Years: A change of pace. Worth it for the “dove from above” reference which with the general biblical references suggests that it isn’t a Vic Reeves tribute. Always loved this lyric

The Curse from So Runs the World Away: Softer vocal which makes a nice contrast. An everyday tale of a mummified pharaoh who wakes up and falls in love with girl who visits the museum he is housed in. Josh Ritter does like to cram his songs with lyrics and this tale of love could have made the song as a short story series

He opens his eyes falls in love at first sight
With the girl in the doorway
What beautiful lines and how full of life
After thousands of years what a face to wake up to
He holds back a sigh as she touches his arm
She dusts off the bed where ‘til now he’s been sleeping
And under miles of stone, the dried fig of his heart
Under scarab and bone starts back to its beating

She carries him home in a beautiful boat
He watches the sea from a porthole in stowage
He can hear all she says as she sits by his bed
And one day his lips answer her in her own language
The days quickly pass he loves making her laugh
The first time he moves it’s her hair that he touches
She asks, “Are you cursed?” he says, “I think that I’m cured”
Then he talks of the Nile and the girls in bulrushes

It’s his face on her book more and more come to look
Families from Iowa, Upper West Siders
Then one day it’s too much he decides to get up
And as chaos ensues he walks outside to find her
She’s using a cane and her face looks too pale
But she’s happy to see him as they walk he supports her
She asks “Are you cursed?” but his answer’s obscured
In a sandstorm of flashbulbs and rowdy reporters

Long ago in the ship she asked, “Why pyramids?”
He said, “Think of them as an immense invitation”
She asked, “Are you cursed?” He said, “I think that I’m cured”
Then he kissed her and hoped that she’d forget that question

Homecoming from Sermon on the Rocks: Recorded in New Orleans and full of slippery word play. I am a bit of a sucker for songs with Home in the title.

Wings from Hello Starling: Another change of pace. Can almost hear the campfire crackling. A lot of Josh Ritter’s songs have biblical references more in a Nick Cave than a Cliff Richard kind of way ( a less threatening Nick Cave and a more threatening Cliff Richard). The songs are timeless with stories that feel old and slightly other worldly

New Lover from Beast in the Tracks: Every decent artist needs a break up LP and this is Josh Ritter’s. Written after the breakdown of his first marriage and way better than the Dylan pun of the LP title, it tracks the disintegration of the relationship through to finding some kind of peace by the end of the LP. I love the lyric of this and the small details eg the nod to Othello in this verse

“But I will not chase your shadow as you go from room to room,
Droppin’ handkerchiefs and daggers, smokin’ guns and other clues
For what someone did with someone and who did what to who.
I’ve got a new lover now, I hope you’ve got a lover too.”

“I hope you’ve got a lover now, hope you’ve got somebody who
Can give you what you need like I couldn’t seem to do.
But if you’re sad and you are lonesome and you’ve got nobody true,
I’d be lying if I said that didn’t make me happy too.”

Myrna Loy from The Gathering: From the latest LP released last year and the first one that is a bit of a misfire , a bit too rootsy and folky even for me. However I do love the haunting piano and brushed drums on this. Also I’m a sucker for songs about famous people and this is typical Josh Ritter subject matter. This pulls on the early life of an film actress who was at her peak in the 30s and 40s (married and divorced 4 times!) and someone she left behind.

Joy to you Baby from Beast in the Tracks : After New Lover there is finally acceptance and recognition and so the ICA ends with a song of hope and also with a lovely simple guitar line.

FRIEND OF RACHEL WORTH