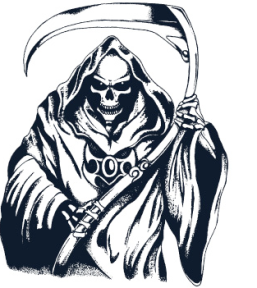 With apologies to Swiss Adam for adding a posting on the same day as his excellent ICA. I prefer, if possible, to give guest contributors the floor to themselves.

January was an appalling month.

February just got a lot worse.

A good mate of mine in his mid-50s was diagnosed with terminal esophageal cancer just under two years ago. He decided there and then to fight things on his terms, declining courses of chemo or radiotherapy on the grounds that all they would do is make him miserable while only giving a slim chance of extending his life. He also very publicly, via social media, recorded his battle happy and willing to provide his family and friends with all sorts of updates. Every month on a particular date he would commemorate the fact that another period of time had passed and he was still there smiling and laughing away.

Things took a turn for the worse just after Christmas, but my mate again demonstrating his courage and determination saw in the New Year at home before admitting himself to hospital on the first day of 2016. His January has been spent in and out of hospital as the cancer began to spread viciously to other parts of his body and he required help to eat and drink to prevent kidney failure. He still kept up the running commentary, saying he was determined to get out and about and see folk, with a special effort likely to be made to see his beloved Raith Rovers at least one more time.

This afternoon he posted what he said would be his final note on social media. Pneumonia had set in and he had been given the news by his docs that he had 48 hours. He signed off ‘Thank You Everyone for your love and friendship. Talk of the times, the love and the laughing.”

He’s the bravest, inspirational and most selfless man I have ever had the privilege to know.

He was a huge music fan. He wasn’t a blogger but he did present shows on community radio in which he played all sorts of music that reflected his incredibly wide taste. He liked a number of hip and trendy bands and he was one of those on whom punk/new wave had a huge influence. At the same time however, he never hid away from the fact that he also loved just about every pop record that had conquered the charts when he was a lad,back in the 70s and he took great delight in airing them on his radio shows.

And then there was Roy Wood and Wizzard who he was convinced was the greatest musician and band ever to walk this planet. He got to meet his hero too, in an unforgettable night that was plastered all over social media and put the widest of grins on the faces of everyone who knew him.

But it’s approaching a time when he no longer will be with us and I’m not ashamed to say that I’m missing him already. I’m sad that I never got the chance to say my final farewell in person as the pneumonia came on very quickly and unexpectedly and the plans to travel the 70-odd miles to the hospital this coming Friday are now worthless.

Matthew from Song By Toad also knew my mate and in his brilliantly succinct way has just captured exactly how so many of us are feeling when he replied back to my mate “Sorry. I know you want us to remember the good times, and soon we will, but for now it’s just sad as fuck.”

He was keen on this lot. I’ll think of him every time it pops up on shuffle

Things surely, can only get better.