In 2009 Lord Cut Glass, the alter-ego of our very own Alun Woodward (label boss and ex-Delgado), delivered us an album that had been four years in the making; written, arranged and largely performed by Woodward, the album was a beguilingly eclectic and hugely flamboyant affair.

Sometimes bashful, occasionally imbued with curmudgeonly bluster, and yet always lifted by humorous life learned truisms, Lord Cut-Glass struck a dashing figure of musically inventive bravado. Galloping percussion, waltzes and marches, promenades of male and female harmony: delicate and serene creations punctuated by casual profanity and shot through with brazenly hilarious words-to-the-wise. It was one of a kind and quite brilliant.

That last sentence nails it.  One of a kind and brilliant.  An album that never gets boring and throws up something new with every single listen.

Here’s the debut single that was lifted from it:-

And the animated promo for its equally fabulous follow-up….although it was never given an actual physical release as a single:-

Note the use of the word ‘motherblaster’ in this version (just after the 1:30 mark); it wasn’t the word used on the album version……

Back in June 2009, the self-titled debut by Lord Cut-Glass was released on Chemikal Underground records. Lord Cut-Glass is none other than Alun Woodward, formerly one-part of the very fine combo The Delgados who were, and remain, hugely popular among the indie-scene cognoscenti.

Having watched fellow-Delgado Emma Pollock release solo records to a fair amount of critical release, many fans were really eager to hear what Alun would come up with. It was known he was going to call himself Lord Cut-Glass (from a character in the play Under Milk Wood) thanks to a song appearing on the 2007 LP Ballad Of The Books in which various Scottish musicians and writers/poets combined to produce songs. Alun worked with the novelist, illustrator and painter Alisdair Gray to bring us this:-

All rather nice in a folk/pop sort of fashion and it whetted the appetite for more. But it was to be another two years before anything else was heard, and it was a fabulous and quirky single with a very fine b-side:-

The album followed soon after. It was a compact piece of work with its 11 tracks extending to just over 37 minutes. It also proved rather different from what his old band had produced….acoustic in nature with a fair bit of strings, brass and piano. It also turned out to be an album that changed tempo a fair few times yet still managed to ensure every song had a hook to get you singing or humming along forever more.

Here’s a couple of examples:-

This was the last music Alun would release for seven years until 2016 when he composed a really accomplished soundtrack for this compelling documentary, which, if you hurry, you can still see on the BBC i-player.

I’m not normally a fan of film/documentary soundtracks as all too often they need the pictures/image to work well, but in this instance the music proves to be more than capable of standing alone and providing a hugely enjoyable and listenable record.    Let’s hope the gap to his next album isn’t anything as long. 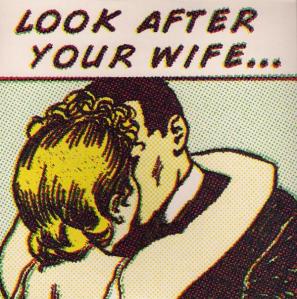 Lord Cut-Glass is the current stage name of Alun Woodward. He is a singer-songwriter from Motherwell, formerly of the influential Glasgow based band the Delgados. The name, Lord Cut-Glass, comes from a character in the Dylan Thomas radio play Under Milk Wood.

He has, furthermore, contributed two other tracks under the moniker of Lord Cut-Glass. The first, “A Sentimental Song”, released in March 2007, was part of the Scottish indie/folk compilation Ballads of the Book with lyrics written by the author Alasdair Gray. It was released by record label Chemikal Underground which, as part of the Delgados, Woodward helped create in 1995. He also served as the record label’s director. Woodward has subsequently released one further track, “Maybe”, as part of the compilation Worried Noodles.

In 2007, The Guardian wrote of his performance for Ballads of the Book: “He is whispery, tremulous in the extreme, and his fragile folky melodies are bolstered with cello and violin; a definite trope in the Glasgow music scene.”

He played his debut solo set as part of Tigerfest in Dunfermline on 16 May 2009 where he premiered material from his first solo album.

In reviewing his self-titled album, The Scotsman called the work “unconventional yet strangely compromising, one of the year’s best.

The Scotsman reviewer was spot on.  It’s a very quirky but incredibly listenable album, quite different from the often straight-forward indie-pop of The Delgados.  There were a number of tracks that would have been excellent choices as singles, but just the one cut was lifted and made available on 7″ plastic and I’m delighted to offer it and its b-side as Part 74 of this series:-