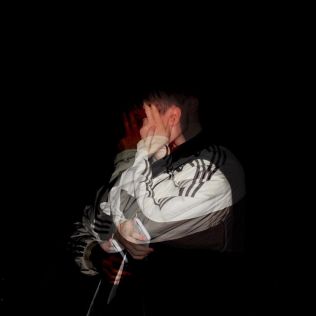 All music bloggers receive, by e-mail, hundreds of unsolicited music submissions on a weekly basis. My approach is to simply delete all such correspondence – it’s not something I like doing but the sheer volume of stuff means it is impossible to give anything a listen without it being purely at random….there simply isn’t enough time.

And that is really the main reason why this blog never features any new or unsigned singers or bands.

This all stems from my mate Mike G, someone I’ve been long pestering to contribute to the blog but he’s far too lacking in self-confidence to put anything in writing. He’s got great and varied taste in music….he very much has a melodic dance vibe about him and I keep telling him that his knowledge and enthusiasm for the genre should be shared more widely. But he refuses to budge….

The other day he asked me to give a listen to some music being made by a young man who is a friend of his teenage daughter. I told him he should write it up, but still no joy. Instead, he got the young man to get in touch with me direct:-

Mike G suggested I send my music over to you for The Vinyl Villain Blog!

My track that I’ve just released is called ‘BREATHE IN’. It comes on the back of my debut a few weeks back called ‘DREAM’

Here’s my short bio (in third person, but you can re-write in first if you’d prefer)

ANDREWBATES is a self taught keyboardist/songwriter/producer from Glasgow, mixing ambient elements with pop music to create a combination of different sounds and textures. Originally being introduced to music through playing the violin from a young age, he began experimenting with several instruments throughout high school, which then led him to creating his own music. Over the last 3 years he has been making music in his bedroom with a laptop and a keyboard and is working towards the release of his debut EP towards the end of the year.

I like what I’ve heard. It seems that others do too as Andrew (whose promo picture is at the top of this posting) has enjoyed some airplay from Scottish DJ Jim Gellatly on his show which is broadcast on Amazing Radio.

There’s also a smashing wee feature over at the website buzz music, in which the reviewer states:-

“BREATHE IN” is redefining the pop genre in a serious way. Starting off on a more laid-back note, with vocals that entrance the listener into a tranquil state. I am seriously loving Andrew’s sultry tone of voice that ease you into this catchy track – and I am only a minute into the track. Pull your partner close for this sensual track that will really get you moving in sync with each other. The song picks up traction between verses with a funky and lively beat that blends extremely well with the melodies of each verse and the bridge. The lyrics are deep and structured well showing that Andrew is extremely talented with his words, and knows how to mix them together to make a lasting impression.

This has been followed up with a short interview in which Andrew reveals a little bit more about himself, his music and his hopes.  Click here for more.

I really do wish him well and to help him on his way, I’ve made an on-line purchase of Breathe In. It didn’t cost me much – just £0.69, of which the young man will most likely receive a tiny cut.

I’m hoping some of you will do the same after giving it a try here:-