A GUEST POSTING FROM DREW (ACROSS THE KITCHEN TABLE) 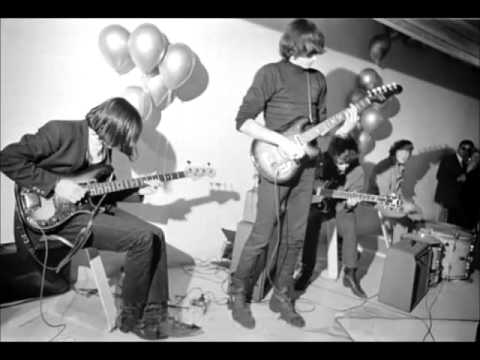 “Modern music begins with the Velvets, and the implications and influence of what they did seem to go on forever” – Lester Bangs

My love of the Velvet Underground stems back to 1985 when I sought them out after the comparisons made with my then favourite new band The Jesus and Mary Chain in all the articles that I devoured regarding the misfits from EK. Up until I heard Upside Down I was a rather confused hippy/punk who also had a thing for the girl groups of the 1960s which I kept to myself, the pelters for wearing a Italian Army Field Jacket with the Steppenwolf wolf’s head painted on the back of it, Ozzy Osborne fringes sewn on the sleeves and Crass & Clash badges on the breast pockets and shod in moccasins was enough ammunition for the “cool crowd” without also divulging a love for Be My Baby.

Anyway it all changed late 1984 early 1985 with the Reid Brothers; I was intrigued by the Velvet Underground. I had of course heard Walk on the Wild Side and Transformer but not The Velvet Underground and Nico or to my knowledge anything else by the band. I eventually sourced a copy of the first album from a pal, Gregor’s older brother who was friends with a guy who was friends with a Soup Dragon and a sometime member of the BMX Bandits and who would give me my first taste of garage/psych in the form of a C90 a little later.

The Banana album was a revelation. I could not believe that this album was from the same period as Forever Changes, Are You Experienced and other records the hippy types had introduced me to. The edginess of Waiting For My Man to the nearly toothache sweetness of Sunday Morning to the strange cold out of tune vocals of Nico on All Tomorrow’s Parties (“like an IBM computer with a German accent” is how Andy Warhol described it), which I realised I knew from Japan’s cover, instantly won me over. I loved everything about this band; they were cool and sounded so different from anything else. I searched for a copy of the vinyl but none of the shops I frequented stocked it. A few months later it would come into my possession along with the follow up, White Light White Heat when a friend came back from his annual trip to Florida with both and after playing once decided he didn’t like them and swapped them with me for what I have no recollection of but at that point I would have most probably given him anything apart from my Clash, SLF or Motorhead albums none of which would have interested him anyway.

From that moment on I collected as much Velvet Underground as I could. By the end of 1985 I had all 4 studio albums. The following year I added Live 1969 and VU and then Another View and after that Live at Max’s Kansas City and I have been adding bootlegs, Anniversary reissues and a singles box set, so now there isn’t much left that I still want. The original singles would be nice but out of reach price wise.

Compiling this ICA has been a near impossible task. There may only have been four original albums but nearly ever track could be included in a Best Of along with about half of the two post split studio outtakes that were found languishing in the vaults before their release in the mid 80s. Or I could have just have had the 36 mins 54 second version of Sister Ray from the Complete Matrix Tapes cd box set. I was surprised when I came up with the final ten that there are only three songs from the first two albums, the ones that when I was younger I considered to be the real Velvet Underground albums. Also there is nothing from what for me is the best overall album, The Velvet Underground which is very strange, however when I realised this and looked to see what I would take out for What Goes On, Pale Blue Eyes or I’m Set Free I just couldn’t drop any of them. I know that once this is posted I will look at it and realise I have made a huge mistake but right now, at this very moment these are my favourite Velvet Underground tracks.

When I first heard this I was first gripped by the train like beat and then the shriek of feedback but not like the controlled feedback I was used to from listening to Hendrix, this was more like a mistake that was just left in. Similarly the guitar solos if that’s what they are, are about as rudimentary as they could be but no less effective than the more virtuoso solos by other guitarists at the time.

2. I’m Waiting For The Man taken from The Velvet Underground & Nico

Two in a row from the debut album, I know but this really did need to follow Run Run Run. Again it’s the throbbing beat that pulled me in, then those laid back vocal about going to score gear. I’m pretty sure that this song if heard more widely would have caused a stir at the time with its overt drug procuring lyrics.

This was a difficult choice as most of the time I listen to the live versions I have of this, all from prior to the release of the fourth album when the song was still a work in progress and doesn’t have that little intro, is a bit more laid back with different verses. One of the Velvet’s best known songs due to the cover versions by the likes of Cowboy Junkies, Reed himself, Mott The Hoople and my favourite the live version by Lone Justice captured on the BBC Live In Concert cd.

This is one of two of my favourite Velvet’s tracks which were never released when the band were going. It was recorded during the sessions for the “lost” 4th MGM/Verve album on 6th May 1969. The band were purged from the MGM roster by the new management at the label who wanted to offload the non profit making bands, of which the Velvets must have been near if not top of the pile. The tapes of these sessions were found when clearing out the vaults in 1984, mixed and released as VU the following year to huge critical acclaim and lot’s of “what if’s”, could these sessions have produced the album that finally break the band into the mainstream? As the songs from these sessions are the most accessible tunes that they did, certainly up until this point, as evidenced by Foggy Notion, what a groove!

One of the great things about Lou Reed’s songs is that a lot of them mention people by name; Lisa, Stephanie, Candy and loads of others, some members of Warhol’s Factory which makes the lyrics feel more real, to me anyway. The studio version of this song is also included on the VU album. This take comes from the Matrix Tapes and is double the length. I first heard this on the Live 1969 album, an inferior quality recording of the Matrix tapes songs and Lisa Says is most probably my favourite Velvets song.

1. The Booker T taken from Peel Slowly and See.

Technically this isn’t a song but a jam that the band used to play in 1967 and was never recorded in the studio sadly, so we only have this one 7/10 quality wise version that was bootlegged and then officially released on the comprehensive 5cd career round up in 1995, Peel Slowly and See. Now you are probably thinking that I am being wilfully obscure and wanky including this but I do love this tune. I can listen to it on repeat over and over. I found out that it was released on a bootleg 7” which of course I had to hunt down and was more than a little disappointed when I eventually got a copy to find that it wasn’t this at all but the instrumental part to The Gift from White Light White Heat which this jam evolved into. Don’t get me wrong it’s good just not this good.

Another tune from the unreleased sessions for the “lost album”. This is another track that sounds effortlessly cool, that nagging riff, pounding drums and Reed’s drawl. Just about perfect.

Rock n Roll recounts the story of Jenny whose life was saved by Rock & Roll. I read in notes to Peel Slowly and See that the song was about Reed himself, who wasn’t interested in anything until he heard rock and roll. “If I hadn’t heard rock and roll on the radio, I would have had no idea there was life on this planet” It comes from the band’s final album, Loaded recorded for Atlantic. The band were on the point of implosion at this point but could still produce an LP “loaded” with hits or so Reed thought and it is definitely the most commercial of their releases.

My only pick from the band’s second album and final one with John Cale. This is probably the other song that those unfamiliar with the band will know due to Bowie covering it. The song describes how it feels to mainline methamphetimine. The bass solo at the end is Cale’s attempt to convey the throbbing ear-ringing that occurs when on the drug. Not something I have ever been interested in finding out if I’m honest. There is a 100 mile an hour nine and a half minute version of this on the Matrix Tapes which is pretty damned amazing.

5. I Found A Reason taken from Loaded

We finish off with the quite beautiful I Found A Reason where Reed goes back to his song writing roots with a lovely doo-wop melody. I have always wished that Aretha Franklin or Ruby Andrews had covered this song as I think that a strong female soul voice could really do the song justice.

I know that loads of you will disagree with some if not most of my choices probably the omission of Heroin and Pale Blue Eyes to mention just two. And of course the elephant in the room is the missing Sister Ray which I would have had to sacrifice three or four songs to include. So as a bonus here is the version from White Light/White Heat which is one of the shorter versions of the song I have. (JC adds….it’s still 17 and a half minutes long!!)

As I mentioned before if you haven’t heard it before you should seek out the 37 minute version from the Complete Matrix Tapes, it is epic in all respects. In fact just purchase the Matrix Tapes box-set, it’s worth every penny to hear the Velvet Underground when they were at their absolute peak as a live entity and in better quality than any other concert recording of the band.

12 thoughts on “AN IMAGINARY COMPILATION ALBUM : #123 : THE VELVET UNDERGROUND”