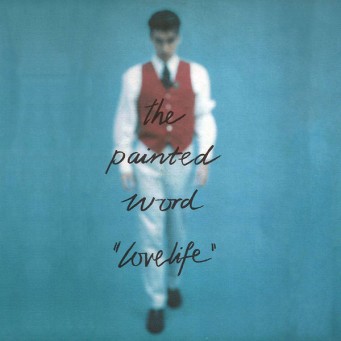 Some of the music on the hard drive is a result of the recommendation of others whose tastes I admire. Most of the time, it works out well in that I give the recommendation a listen and finding that I like it, go out and find more of the singer or band’s output, inevitably giving the bank balance a bit of a hit.

The Painted Word, from Glasgow, I knew of from back in the day but I just never took to the music.  Back in 2010, Friends of Rachel Worth, from the Cathedrals of Sound blog, penned an article that led me to go back and re-visit:-

It’s been a while since I did a Bigger Than the Beatles post. This time it is the turn of the Painted Word, the recording name of Alan McCusker – Thompson. In 1986 on mother records (u2’s label) they released I Found Love Today a perfect bit of pop which along with Bourgie Bourgie’s Breaking Point is one of the lost great singles of the 80s. I was going to include it as a monday moment with its repeated refrain of “up the ladder to the roof” but thought I’d post a couple more tracks as well.

Over a 3 year period they released a number of singles/eps and one lp Lovelife which was full of smooth sophisticated pop music with a real classic feel (streets ahead of coffee table dinner party music that people like Simply Red were churning out). I had a couple of the singles but the joys of the Internet meant that I eventually years later managed to track down the lp. Then there was nothing and I just assumed they had been another one lp act lost to whims of a major label.

Then out of the blue in 1995 I stumbled across a newly released 2nd lp, “Universal”. It seemed to disappear as soon as it arrived and now goes for silly money on ebay. The songs are more melancholic and as a whole the LP reminds me a bit of Blue Nile cc Hats.

Since then silence again

So, I went looking for some things and found a place where I could download and listen again to the debut album, Lovelife, that had been released in 1989. Sadly, I found that it still didn’t offer up anything that I felt was essential listening, and indeed I felt it had dated terribly. But I never did delete the songs from the hard drive, and now I’ve come to that point in this alphabetical rundown where their name has been reached. Given that none of the album tracks did it for me, I’ve gone digging for the single so highly thought of by FoRW:-

It’s better than anything on the debut album, but it still sounds like a cross between late 80s Spandau Ballet mixed in with the Love-era Aztec Camera, with a hint of the then-emerging Deacon Blue…..

It’s the sort of thing I might throw in early on at a Simply Thrilled night to see if it strikes a chord with some of the regulars as sometimes I get surprised by their requests!  But it’s still not quite my cup of Tetley,