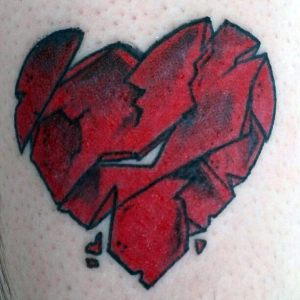 I received an e-mail from someone on the back of the True Confessions pieces last month. There followed an exchange of correspondence during which questions were asked and then answered as to whether the author did want the piece to appear. It’s an incredibly brave thing to offer for public consumption…..

I have a True Confession to make, albeit the other way around – liking a song I shouldn’t. A guilty pleasure in a way, if you think it fits, feel free to post, if not just hit delete.

By the turn of the 20th century I met a woman, we were both married but not to each other, and we were drawn together – to start with somewhat unwillingly. Days and months passed by and in the end you might say we had an affair, rather innocent and profane maybe – but gravitation was strong…

In the end she didn’t dare to take that final step and she ended it. Heartbroken I wrote her a letter, sitting on a plane for the US, and in the speakers I could hear this song, a cover of a totally abominable Phil Collins track – but there and then, Mariah Carey singing “you coming back to me is against all odds, but it’s the chance I got to take” hit a very weak spot. I never sent that letter. I don’t own the song, but every time I hear it my heart stops for a second and that “what if?” flashes through my mind.

The song Out Of This World by The Cure, from Bloodflowers, is more the real me but my True Confession is I am attached to Against All Odds in the version by Westlife & Mariah Carey.

Forgive me my sins