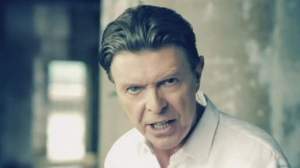 As has been widely reported this past week, 66 year old David Bowie has made the twelve-strong shortlist for the 2013 Mercury Prize.  It would therefore seem, as far as the critics and others who make up the Mercury judging panel that his latest LP, The Next Day, is one of the best 12 albums released in the UK this past year.

I can’t say whether this is the case, although I strongly suspect not.  I’m more inclined to think that his inclusion is more to do with giving a high media profile to this year’s award than the merits of what was his 26th studio LP.  The reason that I can’t say for sure is that I’ve given the LP a total bodyswerve, as I have all his new material ever since the travesty that was Tin Machine in the late 80s and early 90s.  If any of you have remained loyal and faithful to his output in recent years, please let me know if in fact the latest LP is worth investing in….after all, I’m going to be bombarded with it on displays any time I venture into any High Street music store between now and the awards ceremony at the end of October.

Bowie is a performer who I’ve long felt ran his course in the mid 80s.  Just about all of his albums from the 70s  have more than stood the test of time  – it should also be recognised just how prolific he was in that decade with an an album in every year except 1978 – but then again there had been two absolute classics in 1977 in the shape of Low and Heroes.  I also remain fond of parts of Scary Monsters (and Super Creeps) from 1980.  The worldwide phenomena of Let’s Dance in 1983 was truly something to behold with the production and sound capturing the popular music of the era quite perfectly, albeit it was a long long way away from the music I was listening to.  It’s a recod which made Bowie the #1 box office attraction for a few years – the royalties from the classic rock stations playing the hit singles from that era must still be mega given how often I stumbled upon them during my recent few weeks in Canada.

My admiration for Bowie began to fall away around the time of Live Aid.  Many have said that he was one of the outstanding performers that day but I was disturbed by the fact that out of all his back catalogue he chose to perform Heroes and in a way that seemed congratulatory to all the rock stars who had shown up that day in London and Philadelphia.

What I find interesting about his career, which now spans a jaw-dropping 46 years, is that so many modern musicians cite him as a huge influence and have covered his songs, either in concert or as b-sides or album tracks.  But almost inevitably, these covers are of songs from the 60s and 70s with scant regard to the later material.  And instead of me posting some great songs from the 70s which I’m sure are well-known to all readers of this blog, I thought I’d share some of the covers I’ve most enjoyed:-

Actually, the only reason I’ve included that FF cover is that the dooh-doohs at the start are supplied by Girls Aloud…..very bizarre!

And here’s a cracking acoustic C&W version from Mr Bowie himself:-