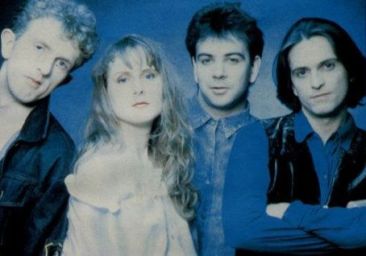 Some three months ago, I put together an ICA for Prefab Sprout. It was a bit of a cop-out in that I went for one side of Steve McQueen and then chose another six songs for the other side.

I spotted this morning that someone had left a detailed comment behind which in effect was his own stab at an ICA for the band. I thought it was too good to leave well hidden and so have lifted it out and turned it into a bonus post.

It’s from Gil Gillespie….and as far as I know this is the first ever comment he has ever left behind…..and it’s a big thank you for this…especially for reminding me again of just how great your opening track is:-

Perfect opening announcement, building slowly to a typical Prefab Sprout crescendo. Contains the immaculate line: “But to shine like Joan of Arc, you must be prepared to burn.”

What a beautiful song, such poise, such heartbreak, such elegance. Has anyone ever understood melody as subtlety as Paddy McAloon?

If you have just split up from your girlfriend and you haven’t slept for 4 days and are in the back of a car going to Cambridge with Patrick Duff from Strangelove who hasn’t slept for about 3 months, this song will make both of you cry.

4. Enchanted (from Langley Park To Memphis)

I reckon this is the band’s most under-rated song. It is also, quite possibly, the happiest song ever recorded. It bounces along with self-assurance, McAloon tumbling lyrics over themselves as he refers to Romeo & Juliet’s warring factions as a crew. Why wasn’t it released as a single?

5. Looking For Atlantis (from Jordan: The Comeback)

I’ve just checked to see where this single got to in the charts when it was released in 1990. Number 51 on the UK Chart. Number 51? That is almost beyond belief. It is an irresistible song with production so lush it takes your breath away. Surely, CBS are at fault for the band’s shockingly poor chart history.

1. Cars and Girls (from From Langley Park to Memphis)

A glistening hub cap of a single, the Springsteen-bating ode to a more sophisticated mindset somehow only reached number 44 in the charts. It really should have sold millions.

2. Wild Horses (from Jordan: The Comeback)

For the pin drop perfection of Thomas Dolby’s production alone, this deserves its place.

3. Desire As (from Steve McQueen)

Heartbreaking, just heartbreaking. Someone on You Tube put it best: ‘Amazing how songs can perfectly express a moment in time, its memories, the exact colours and feelings. Thank you forever, Paddy McAloon. You´re genius.’

A strange but typically life-affirming oddity that hints at just how far into the left field they could go if they wanted to. Not too far away from Parisian sophisticates, Phoenix

5. The Golden Calf (from From Langley Park to Memphis)

This is their Crazy Horses, a driving, faux metal guitar anthem complete with McAloon almost doing a Metallica impression.