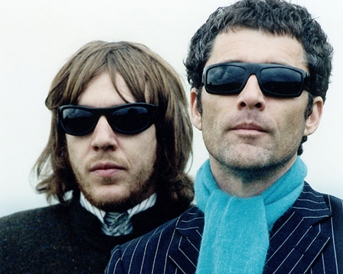 (An Imaginary Compilation of sorts – Part 4) by S-WC

Like a Tory Cabinet Minister found loitering outside a children’s home at 3am, there is inevitable controversy. Dodgy decisions continue to dog my random track picks on the way back from cricket.

After the disappointment of seeing Badgerman get Pavement chosen for him, I am sitting in the passenger seat awaiting my fate. I have been distracted all day by his choice and am cursing my luck.

At around the twentieth over of the first innings, Badgerman leans over to me and asks me if I want a pint. I suddenly realised that for the last thirty minutes I have been thinking entirely about something else, the moment I first heard Pavement – and the moment that I (finally) asked Our Price Girl out.

It was after hearing Summer Babe on a Saturday afternoon, I had planned to try and walk home with Our Price Girl by turning up quite late at the shop – I knew she finished at four, so I rocked up at ten to four. She was standing by the vinyl section, and I went up and said hello, and she said “Oh, hi, I thought you’d forgotten about me today”. What….!!! I probably blushed and I know I said something cheesy which she laughed at. Anyway, ‘Summer Babe’ came on and she looked at me and said ‘Do you want to walk me home in ten minutes time’. I think I misheard her or I wasn’t concentrating because I said Whats this record playing? She sighed and said “its Pavement and is that a no (such a cool answer)”. Is what a no? I said, “Nevermind” she said and popped behind the counter. She served me and gave me the bag containing this wonderful record. Thanks I said – look – and then I blushed, stammered, and folks, I even dropped the bag I was holding, I dropped the fucking bag. Finally I continued….Do you want to do something later, Club Orange (which I had since discovered) or something?

“You can walk me home if you like” she said. “In ten minutes”.

Anyway, back to me sitting in the passenger seat, we are stuck on the M5, roughly 100 metres from the junction we need. I live about ten minutes from here, but can’t get out due to the traffic and it being slightly dangerous to walk on the Motorway.  The iPod (mine) has been in an odd mood for the past nine songs, it started with Kendrick Lamar, then had Bloc Party, some old skool jungle, a bit of Mercury Rev and twelve minute Mogwai song. So when the tenth track comes on by Birmingham indie band Peace I’m starting to wonder what I will get. It was People Get Real by St Etienne and that folks is where the controversy comes in.

I was really pleased with this choice, it gave me the opportunity to listen to Foxbase Alpha again. I own two St Etienne albums but I know a chap who is a massive fan who will guide me along. I say to the Badgerman as we roll forward ten foot, Do you have any St Etienne albums? . ‘No’ he replied, ‘well I have this remix album, Casino Classics – this was the other St Etienne album I own, a greatest hits record of sorts, with their tracks remixed by a host of other people. Then it hit me….

Please excuse this technical bit, it is relevant. When you burn the CD of ‘Casino Classics’ by St Etienne in the artists section of your iPod, the artist recorded is the person who did the remix – so in your artists library on iPod it doesn’t say St Etienne, it says Aphex Twin or whoever it was that did the remix despite it being a St Etienne song. It’s a bit silly.

The act that remixed ‘People Get Real’ – was Death in Vegas. I point this out to the Badgerman – and he says, “Never heard of them. Oh hang yes I have, they did that song with Liam Gallagher about ten years ago. What is that knobhead in Corsa doing, the fucking idiot?” Badgerman rarely swears. He hates traffic. I shut up immediately, but I do smile. I love Death in Vegas. Even if their remix of ‘People Get Real’ is a pale version of the original. The controversy is a bit of an anti climax really. Sorry.

Death in Vegas are a dance act heavily influenced by psychedelic rock and electronic. They were founded by Richard Fearless and over the years the sound they produced was constantly changing. Their second album The Contino Sessions is a bloody masterpiece and if you only ever buy one record by this band, make it that one. They kind of jumped on the Chemical Brothers bandwagon that was still rolling in the late 90s – by bringing in guest vocalists on their work, ‘Contino Sessions’ contained the voices of Dot Allison, Jim Reid, Bobby Gillespie and Iggy Pop amongst others. Later album Scorpio Rising used Liam Gallagher’s vocal skills to excellent effect, which is the track that Badgerman mentioned.

So here are the tracks I have chosen and I’m aware that I have warbled on a bit, sharing memories of an age where we didn’t have mobile phones and had to chat in the lounge to our girlfriends in full earshot of your parents.

In honour of that, the first 1000 downloads come free with a 4 track remix EP which features a hand drawn sleeve. It is tucked inside the sleeve and will be on 7” that plays a 33 and a third RPM but sounds slightly lower quality than the rest of the record. I’ll spare you my views on these tracks, they are all ace. A little bit My Bloody Valentine, a little bit Teenage Fanclub, a little bit Chemical Brothers, a little bit authentic Indian Strings, a little bit Mercury Rev and some Iggy Pop thrown in for good measure.

‘All That Glitters’ From Dead Elvis

‘Death Threat’ – From The Contino Sessions

‘Flying’ – From The Contino Sessions

Oh and here is the ‘People Get Real’ mix.

‘Dirt (Slayer Mix)’ – Not sadly, remixed by the actual Slayer, which I would genuinely pay money to hear.