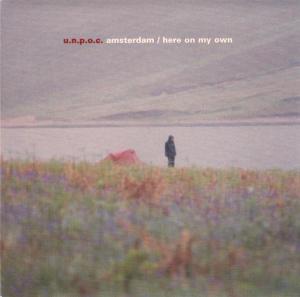 U.N.P.O.C. is the name under which Tom Bauchop of the Fence Collective records. He has released two albums on Domino Records, Fifth Column and the limited edition Live at King Tut’s.

It turns out that I have two-thirds of the entite U.N.P.O.C. back catalogue. The only thing missing is the live LP which was released in a very limited edition….but bizarrely enough I was at the gig. It took place on 21 December 2003 and was the first proper U.N.P.O.C. gig as part of a Fence Collective evening. It was such a great performance that I bought the album on the night.

This is a cracking single:-