Ah Christmas. Don’t you just love it. The chocolate, the cake, the presents, the copious amount of alcohol, the creepy uncle who smells of haddock, the Queen’s speech at 3pm, your granny snoring on the sofa after three small sweet sherries, Cliff Richard, Michael McIntyre, an hour long Mrs Brown’s Boys special, The Sound of Music, The Great Escape, The Italian Job only blowing the bloody doors off, new toys broken by Boxing Day and novelty records.

In 1991 The Family Cat decided to have a go at being Christmas Number One. They recorded a crackly old version of Big Star’s ‘Jesus Christ’ complete with added sleigh bells and Christmassy sounding effects.

This was supposed to be a Christmas ICA written whilst ripped to the tits on brandy and stuffed to the gills with Stollen. I should have been surrounded by snow, log fires, and have Bing Crosby and David Bowie ‘Pa Rum Pum Pumming’ away in the background in frankly shocking jumpers. 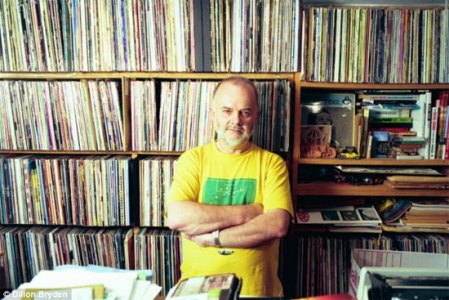 Yesterday’s posting concentrated on the multiple entries into the Festive 50 of 1989, and those of you who are half-decent at arithmetic will have worked out that 27 acts managed to get enough votes to muster a place in the rundown.

Some of these were very well-known acts with some of their best-known and best-loved songs, with perhaps the best examples being found in the higher echelons of the festive rundown – Happy Mondays with Wrote For Luck (#4), James with Sit Down (#7), House Of Love with I Don’t Know Why I Love You (#10), Dinosaur Jr with Just Like Heaven (#12) and The Jesus And Mary Chain with Blues From A Gun (#13). They’ve all been featured on the blog before, and so it is the next few bands in the rundown that I want to shine a light on.

There are others out there way more qualified than me to wax lyrically about Cud. They’re another band of whom I own very little but anytime I’ve eavesdropped in on an offering on a blog, I’ve found myself nodding my head in appreciation.

They had been kicking around for a couple of years having released a handful of singles and recorded a Peel Session, before debut album When In Rome, Kill Me was released in June 1989. The seven songs on side one of the album are linked by short narratives thus, sort of, forming a single story in which the main character runs away from Whitby to Rome to try and escape the long arm of the law. From the one time I’ve actually heard the entire album, it seemed to me to be far from an over-blown concept record and indeed seemed to be taking the piss out of such records so loved by the prog-rock fraternity. The track featured today was based on an alleged encounter with Morrissey in which the vegetarian was supposed to have been spotted wolfing down a prawn in a café in Whitby….but in all likelihood not true.

The only other band with a single entry into the Top 20 were American grunge combo Mudhoney at #16 with You Got It (Keep It Out Of My Face).

The lower part of the chart was festooned with great tracks which still endure to this day, including these which should be familiar to you either via this or other great blogs:-

And then, like Convenience by BOB which started all this off, there’s a handful which may well need some prompting but are more than worthy of a listen. Here’s three today, with a similar number to follow tomorrow:-

Last week, JC posted an excellent piece about Manchester which praised the efforts of some of the less well known bands in that particular scene. So I thought as it was still current I would mention one more, they also have a song which I think is a classic.

The Paris Angels were a seven piece band that hailed from Ashton Under Lyme, which I’m told is near Manchester, and they formed in 1989. They quickly got lumped into the Manchester scene and you can understand why. They mixed indie guitars with a ravey electronic sound and sounded heavily influenced by the acid house scene that was massive in Manchester at the time.

The band revolved around Paul ‘wags’ Wagstaff whose Ian Curtis style vocal can be heard on many of their records. Wags went on to feature in Black Grape and the reformed Happy Mondays when the Paris Angels eventually gave up making records (largely because was Virgin was sold to EMI) In 1990 they released the first of todays picks, ‘Perfume (All on You)’ – this combined a sound that many of the also ran Manchester bands like Northside and Rain had been looking for (and ultimately failed to produce). A sound that perhaps combined the bits of Joy Division and New Order that we all loved with that more traditional baggy sound that the Happy Mondays were doing so well.

Now the ‘Madchester’ scene (that is the only time I am typing that) produced some terrific records, ‘Fools Gold’, ‘Wrote For Luck’, ‘Commercial Rain’ to name three brilliant examples but none of them, come anywhere close to this record.

It sums up everything about that era.

And if you need more evidence, other than just listening to the bloody record and realising it there and then, there is a video of this song kicking around on You Tube (other less evil streaming services are available). It’s basically the band in what looks like an empty classroom playing this song whilst their mates and a few hangers-on stand around, by the end everyone is dancing. There is a shot about half way through where the camera pans to the face of the female singer (Jane Gill?) and she is just grinning like a loved up Cheshire Cat. She knows that what she is doing as she dances (pretty badly if I’m honest, and that is rich coming from Kermit in a Blender Man) and shakes her maracas (not an euphemism, watch the video, you filthy minded buggers), I know exactly what she is thinking and that is ‘Yes’.

This record peaked at Number 55 in the UK chart. ‘Take 5’ by Northside got to Number 40. ‘The Only Rhyme that bites’ by MC Tunes and 808 State went Top 20 for goodness sake. There is no justice.

Moving on, and on a similar vein to ‘grunge’, or American alt rock as its properly called.

Like the Manchester scene there were loads of great records from that era that perhaps now define the sound. Most notably Nirvana’s ‘Smells Like Teen Spirit’ and Pearl Jam’s dreadful ‘Alive’ (in fact anything by Pearl Jam is dreadful, over rated pile of cock if you ask me), but the one record that should have got the worlds attention and didn’t (apart from Buffalo Tom) was ‘Hyper Enough’ by Superchunk.

Superchunk were formed in 1989 and came from the same town as Ben Folds Five if my memory serves me correctly. The lead singer and main guitarist was one Mac McCaughan and were originally named Chunk (the legend has it that the drummers’s – Chuck Garrison – name was spelt as Chunk Garrison in the phone book and it kind of stuck – brilliant if true).

They were made to change it by the well-known avant jazz band of the same name (yeah, I can’t stop playing avant jazz records by Chunk today) so they added the word ‘Super’. After the release of their first album Mac McCaughan left the band and new vocalist James Wilbur came in – ironically drummer Chuck Garrison left shortly after as well.

In 1995 they released ‘Hyper Enough’ and it perhaps that they released their best moment after the grunge fad had died down that they didn’t achieve the massive success that they deserved. It comes from the album ‘Here’s where the Strings Come In’ which I think is the bands most commercial release, considering their first single was called ‘Slack Motherfucker’ that isn’t hard.

‘Hyper Enough’ is the sound of band enjoying themselves, it has the catchy riff running through it that gels the song together and it has a vocal yelp that half screams half pleads with you to scream along with it. The band’s website has loads of older Superchunk stuff available for free download if you like what you hear, I’d recommend you pay it a visit.

Finally we come to a band that I have mentioned before, a band that I love and have struggled to pick one song that should have been a springboard to superstardom. This is mainly because every single one of their records should have been a Top 5 hit at the very least and I will not listen to any arguments.  I will literally be here all day if I sit and write about this band, a band so under rated and criminally ignored that you can’t even download their songs on Amazon.

A band that were once described by Thurston Moore of Sonic Youth as the Best Band Britain has ever produced (he obviously never heard Leatherface).

A band who once got threatened with legal action by Michael Portillo.

So I’m not going to say anything at all.

Apart from Ladies and Gents, this is ‘Steamroller’ by The Family Cat and it is very nearly seven minutes of absolute perfection. (the link is to the original scratchy vinyl version of Steamroller – I hope its ok, if not comment and I’ll post the CD version which is probably better next week).