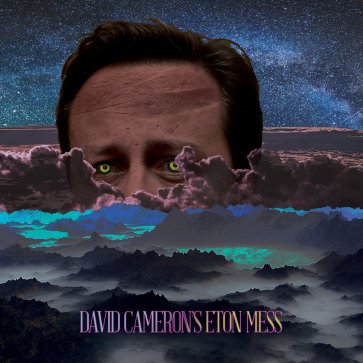 I’ve mentioned before that quite a few of the Scottish singers/groups to feature in this extremely long-running series will do so as a result of them contributing a song to a compilation album, with it being the only track of theirs I have on the hard drive.

It was last December, in the posting on Pennycress, that I referenced David Cameron’s Eton Mess, a sixteen-song compilation issued in October 2015 on Song By Toad Records, with just about every contributor, at the time, being unknown with very little more than a few tracks available online or via a limited physical release, most often cheaply done on a cassette.

Psychic Soviets were also on the compilation.

All I’ve been able to find out about them is via a promotional blurb to promote a gig the same month this particular compilation album was released:-

Psychic Soviets are a band that’s sound shouldn’t be compared to many other bands that have come out of Scotland in recent years, their unique sound is a twisted, pacey, aggressive, punky romp. The National Newspaper describe them as if the Dead Kennedys and The Strokes had followed Franz Ferdinand and Sparks’ lead and formed a supergroup, then recorded in a garage in a rage.  It is as raw & ugly as it gets, in your face music at its finest.

If this rocks your boat (and why shouldn’t it??) then you can head over to bandcamp and listen to four further songs which made up the limited edition cassette release (50 only) of A Capitalist Night-Time Breakfast.  Click here.