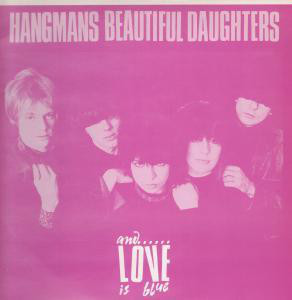 With apologies for this very late amendment to today’s post.

Many thanks for such kind words in the comment section following the ICA on The Skids. For those of you who are new or newish to this corner of the internet, yesterday’s posting was the 1,500th on The (New) Vinyl Villain which came into being in July 2013.  Prior to that, there was The Vinyl Villain which came into existence in September 2006 before being brutally murdered at the hands of google almost seven years on after 2,278 posts, many of which were quality contributions from guests all around the world.

I still find it hard to come to terms with what happened when google shut down the old blog without any sort of advance warning on the grounds that my corner of cyberspace was impinging on the ability of singers and bands to make an honest living.  The most galling thing about it all was that millions of words expressing love and appreciation for songs were consigned to the dustbin without any consideration of their worth.

So…. the next landmark round these parts will be post # 1,722 – the 4,000th post all told.  I’d love it to be a guest post if anyone is up for it (looking like the turn of the year or thereabouts at the current rate of things).

OK….that’s enough of the nostalgia and self-congratulations. Here’s the latest lot of inane meanderings………

………..A while back I finally got round to picking up C87, a 3xCD box set released last year by Cherry Red Records, a 74-track compilation of material that was released across different indie labels in 1987.  As with so many of these things, the quality is a bit hit’n’miss, although for the most part it is very enjoyable, and given that this was a year when I more or less switched off from music then there’s a lot of things I’m discovering for the first time.

The CD86 series was one of the most popular ever run on this blog and so I’m going to follow it up, belatedly, with an occasional series featuring songs from C87 but on the proviso that the singer or band will be making a debut here.

First up is Track 24 on CD1. Here’s what the info booklet says:-

‘Love Is Blue’ captured the band’s unashamedly ’60s-styled sound, as did one of the B-sides, Treacey’s short garage punk ditty ‘Don’t Ask My Name’. A self-titled mini-album appeared in 1987 (on Constrictor) followed by Trash Mantra (produced by Dan). 1989’s The Hangman’s Beautiful Daughters, released on Voxx, assembled their Dreamworld recordings, before Emily went off to record with Swedish act Boy Omega.

I’ve managed to track down the A-side of the single:-