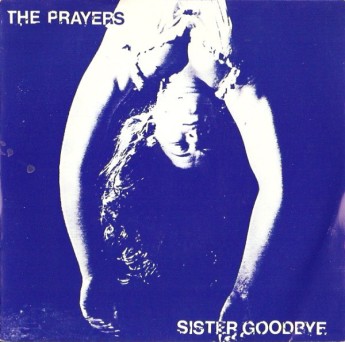 For the second successive Saturday, it’s a return to some words from The Big Gold Dream boxset;-

“The Prayers have the honour of having been the first band to release a record on Egg Records following label founder Jim Kavanagh’s adventures running Simply Thrilled fanzine and being part of the Sha La La flexidisc network.

Sister Goodbye/Under The Deep Blue was followed by Fingerdips/Head Start, with a 12” EP, also called Fingerdips, later compiling both singles alongside a bonus track from an Egg Records sampler. When Kavanagh reactivated the Egg name in the early noughties, a series of archival CDr compilations including Everything But The Rubber Cat by The Prayers. This featured the five Fingerdips 12” tracks, plus five demos, and is now as rare as hell’s teeth.”

As it turns out, I have two songs by The Prayers on the hard drive; Head Start, one half of the second of the singles released on Egg Records can be found on Disc 5 of Big Gold Dreams.

Prior to that, one half of the debut single was included on the C88 boxset released back in 2017, again by Cherry Red Records, and was described in the accompanying booklet as ‘coinciding with Sarah Records first flush but The Prayers’ sound was grittier, more psychedelic’

And so, for your enjoyment this week, here is something from the release with catalogue number Egg one:-

My take on things, on the basis of Sister Goodbye, is that The Prayers, while not being terribly distinctive, did at least make a noise that would be worth investigating further.  But then again, Head Start is more of the psychedelic sound mentioned in the C88 booklet and really doesn’t do too much for me:-

I’m sorry that I’m so scant with info this week, other than to mention the names of the band members – Hugh McLachlan (vocal, guitar), Colin Murray (guitar), Andy Muiry (drums) and Bob Gregory (bass). But this is a band I knew nothing of back in the day and if it hadn’t been for the inclusion of these tracks on different boxsets, they would still lead to a shrugging of my shoulders.