Some of you might argue that today’s offering wasn’t really the debut:-

mp3 : Eels – Novocaine For The Soul

This 1997 single, which went Top 10 in the UK, was the first to be released by Eels, and as such, I reckon it’s a legitimate call to have it in this series.

Mark Everett had been making music for around five years prior to this, writing and recording material under the moniker of E. Indeed there were two albums, the first of which in 1992, had spawned a couple of singles but it was only when Everett hooked up with drummer Butch Norton and bassist Tommy Walter did things really get moving, including a record deal with the newly established Dreamworks Records, a label whose founders were among the highest and mightiest of the entertainment industry – David Geffen, Jeffrey Katzenburg and Steven Spielberg.

Novocaine For The Soul is an extraordinary and rather special pop single. It has the most downbeat, almost helpless sounding of lyrics which mention, among other things, living with the undead and being told by your mum that your birth was a mistake set against the most catchy and sing-a-long of tunes. It also has a very unusual and memorable promo video. It was also evidence that we had come a long way in a short period of time in respect of songs no longer being deemed as unsuitable for radio play – OK, the ‘f’ word was blanked out but it was still unusual to hear a lyric in which the protagonist was demanding he be injected with a drug so that his soul would be numbed.

In later years, as his career in the music industry developed, we got to learn a great deal more about Mark Everett, someone who in any walk of life would have to be regarded as a maverick or having a very unconventional view or approach, much of which could be explained by his upbringing as he so candidly wrote about in his incredibly readable memoir, Things The Grandchildren Should Know, which was published back in 2009.

The CD single came with three b-sides, one of which was also lifted from Beautiful Freak, the debut LP by Eels:-

The remaining two tracks consisted of an as-live recording of a track from the debut LP and a short but low-fi and straight-to the-point unreleased track (listen to the final two lines just after the 1:30 mark) :-

The former would, in due course, become one of the bands best known and most loved compositions, thanks to its inclusion on the soundtrack to the movie, Shrek, which itself was a product of a separate part of the Dreamworks stable. 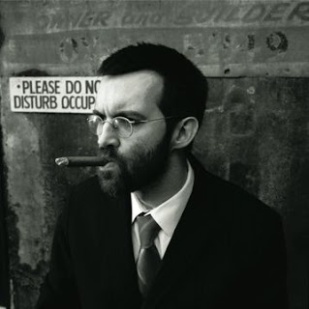 Eels are a very unusual and distinctive band. They’re probably in loads of collections thanks to their inclusion on all sorts of compilation CDs that have accompanied film soundtracks, including including Scream 2, American Beauty, Road Trip, Holes, The Anniversary Party, Knocked Up, Yes Man, The End of Violence, Hellboy II, Hot Fuzz, The Big White, and the first three Shrek movies. I’d imagine that a lot of folk who were then attracted to buy more stuff by the band as a result of the soundtrack material would likely be baffled by what they picked up….it’s not always the easiest or most comfortable of listening.

They also once did a very unusual cover. This was the fabulous original:-

And here’s the equally fabulous cover in which the original is twisted and kicked around to produce something rather disturbing:-