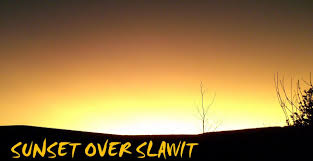 Here’s someone else who has been a long time friend of the blog.

Rol Hirst is, like so many of the folk I’m featuring this month, a great talent.  He has, in the past, produced some incredibly entertaining comics and if you go to his website/blog My Top Tens you will find a link to his novel, available as an e-book via kindle.

Rol has been responsible for some great on-line material over the years, especially over at the now defunct Sunset Over Slawit, and nowadays he entertains us with My Top Ten which is, in his own words – very little waffle, just ten songs on any given subject.

The thing is, in just under two years, Rol has written more than 200 such lists on all sorts of weird and wonderful subject matters. His imagination knows no bounds.  Here’s an example

I’ve been on strike today for the first time in my life. I managed 41 years without ever going on strike; I’ve been a full time teacher just over a month and already I’m unionised and refusing to cross the picket line. Billy Bragg would be proud…. which probably gives away this week’s Number One.

10. Ewan MacColl & Peggy Seeger – Daddy, What Did You Do In The Strike?

Perhaps one day Sam will ask me this question. Perhaps I’ll point him to this post.

The song itself… you won’t hear a better chronicle of the darkest days of the 1980s.

Hopefully the name of the band won’t lead me to the title of the song.

I hate clowns, so they can stay on bloody strike for all I care.

Perhaps not about that kind of union, but what it lacks in relevance it makes up for in passion. And any song that mixes Bruce Springsteen with Billy Bragg gets my vote every time…

“No, I never wanted to change the world, but I’m looking for a new New Jersey
Because tramps like us, baby, we were born to die”

We’ve got it easy, to be honest.

Growing up in Wales, the Manics were hit hard by the miners’ strike. Their biggest hit was inspired by it… and they’re still angry (referencing the Battle of Orgreave) on their excellent new album, Rewind The Film.

Yes, yes, this is also somewhat off-topic… but you didn’t really think I was going to leave it out, did you?

Even the union can’t help the inhabitants of Allentown. For anyone who dismisses Billy as a balladeer, here he’s as angry at his country as Springsteen on Born In The USA. Great song.

2. Pulp – The Last Day Of The Miners’ Strike

Coming from South Yorkshire, Jarvis will have seen the worst effects of the miner’s strike firsthand too. Working in Barnsley, I’m reminded of it regularly. Those scars are still raw.

“Well by 1985, I was as cold a cold could be
But no-one was underground to dig me out and set me free
’87 socialism gave way to socialising
So put your hands up in the air once more
The north is rising”

1. Billy Bragg – There Is Power In A Union

Sharing its title with a song written in 1913 by Joe Hill (presumably not Stephen King’s son… unless time travel or supernatural naughtiness are involved), Billy’s version sounded defiant against Thatcherism in the 80s… but is it a forlorn hope today?

“Now I long for the morning that they realise
Brutality and unjust laws cannot defeat us
But who’ll defend the workers who cannot organise
When the bosses send their lackies out to cheat us?”

Those were my striking anthems. Which one would cross your picket line?

Both taken from a gig recorded live at the Barbican Centre in London in March 2004…the first is the three minute spoken intro for the latter.