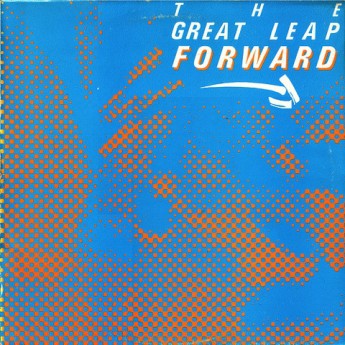 Returning again today to the series looking at some of the bands on C87, a 3xCD box set, released last year by Cherry Red Records, as a 74-track compilation of material that was released across different indie labels in 1987. The only rule for featuring is that the act in questio has to be making a debut on the blog.

Here’s what the info booklet says:-

EX-BIG FLAME STALWART Alan Brown formed The Great Leap Forward announced by the EP ‘Controlling The Edges of Tone’. which contained ‘My Grandfather’s Cluck’. More melodic yet as quirky and political as bIG fLAME, the group progressed with ‘A Peck On The Cheek A La Politique’ (1987) and 1988’s ‘Who Works The Weather’ before the Heart & Soul EP appeared on Communications Unique. A debut album, ‘Don’t Be Afraid of Change’, appeared in 1988 prior to a compilation Season 87-88. Brown temporarily quit music but returned in 2008 with the album ‘Finished Unfinished Business’ and now plays with A Witness.

It is akin to bIG fLAME in as much as it has the same vocalist but the spiky abrasive guitars have been toned down somewhat. I’m guessing their hardcore fans would have been appalled!