I don’t normally go as far back as the 60s on this blog, but I couldn’t do justice to this series without including this:-

I’m just too young to remember the first airing of The Monkees TV show which ran from September 1966 to March 1968. It was, however, something that was on a constant repeat on the children’s segment of BBC1 in the 70s and therefore was one of my earliest exposures to pop music outside of the radio and whatever was played by my folks at home.

I loved the show. It seemed so bright, colourful and wonderfully funny in places. To begin with, the music actually annoyed me as it got in the way of the ‘plotlines’ but repeated exposure to the songs, allied to the fact that I was now a big boy aged nine who was actually liking some of the songs I was hearing on the radio, meant I soon fell for their charms.

Last Train To Clarksville was my favourite for the simple reason that Micky Dolenz, my favourite of The Monkees, was on lead vocal. Oh and it also had the work Clark in part of its title and that was my surname…

Of course I had no idea that the songs on the show were covers and indeed that the fab four contributed so little to the actual music being aired. I was a kid, it was on television and therefore it was all 100% real.

It was written by Tommy Boyce and Bobby Hart, and there can be no question that it is very similar in sound to Paperback Writer; indeed, Clarksville was composed around the time The Beatles song was dominating the US singles chart and thus the coincidence is no accident. The duo are, in many ways, the unsung heroes of The Monkees story. Many folk can recall that a number of the hits were written by the soon-to-be-famous-in-his-own-right, Neil Diamond, but the names of Boyce and Hart can lead to a bit of head-scratching except among the anoraks. It was they who, well in advance of the show being aired, wrote and recorded the songs, backed by their band the Candy Store Prophets, and only once the cast had been finalised did the four singers/actors who appeared in the show re-record the vocal parts.

Clarksville is a simply thrilling little pop song, just under three minutes of perfection. It could even be interpreted as an anti-war song if you so wish, although the composers say that was never the intention. It went to #1 in the USA in September 1966, coinciding nicely with the first episodes of the TV show.

What I hadn’t realised until doing a wee bit of research for this piece is that it was initially a flop in the UK and indeed was only a hit on its re-release in 1967 as the follow-up to I’m A Believer, which hit #1 in January 1967. Even then, Clarksville stalled at #23 in the UK the following month…… 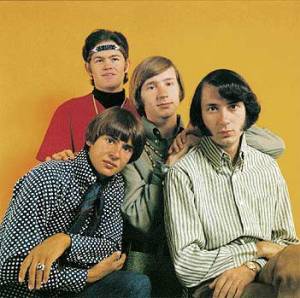 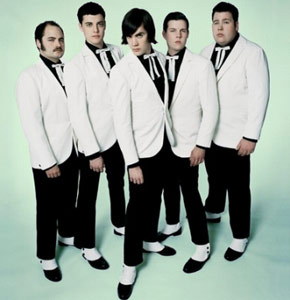 I don’t mean the two groups were separated at birth…..just that these two rather good songs have much in common when it comes to guitar riffs.

mp3 : The Monkees – (I’m Not Your) Stepping Stone
mp3 : The Hives – Two-Timing Touch and Broken Bones

The former is from 1966 and the latter from 2004. Both really good examples of the two-minute pop song, but if forced to choose between them, I’d go with the older song. Oh and according to wiki, Mickey Dolenz, via his lead vocal, was the only member of The Monkees to actually perform on the track.