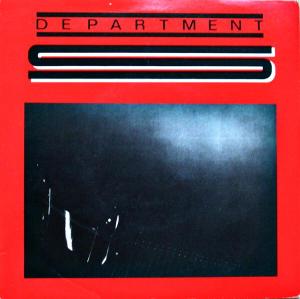 Department S were a short-lived post-punk band from London.

They formed from an outfit called Guns For Hire who began as an imaginary band – one that existed only in the form of badges and posters and hype in some papers.  Eventually, with that joke beginning to backfire (i.e. hipsters extolling their virtues and abilities), those involved did pick up instruments and learn to play.   A record was released and gigs were played – and to the amazement of all concerned the reviews were almost universally positive.

Deciding it was time to get serious, the band changed name to Department S and decided to have a go at become famous and rich.   A deal was inked with Demon Records and debut single Is Vic There? was released in December 1980.  The band was being talked about as the next big thing by the likes of Paul Weller, all on the basis of a stand-out debut single which was re-released a few months into 1981 when it climbed the UK singles chart all the way to #22.

Just the other week I got my hands on a good quality vinyl copy of the 1980 release.  The b-side was a cover of a T-Rex song:-

Listening to the b-side you get an idea of why the band never did anything memorable beyond the debut single – where the a-side was a classic, the b-side is a clunker and betrays all too easily their joke beginnings just a few months previously.

History records that Department S would release two subsequent singles in 1981 and while a debut LP would be recorded it would be unreleased for more than 20 years, an event that wouldn’t be experienced by Vaughan Toulouse, the man who supplied the distinctive vocals, as he died of an AIDS-related illness as long ago as 1991.

Not withstanding there might not have been much more to them, Is Vic There? remains one of the most unique and catchy singles of the new wave era and still sounds wonderful more than 30 years on.